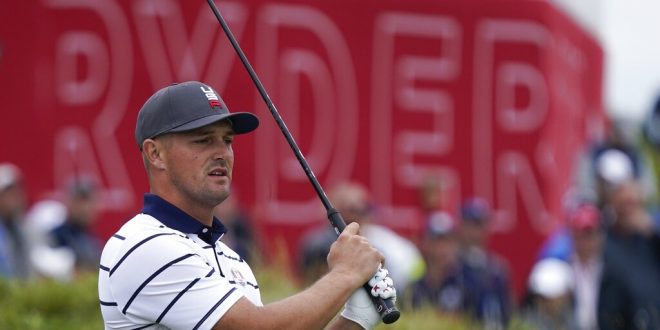 Team USA's Bryson DeChambeau hits a shot on the first hole during a practice day at the Ryder Cup at the Whistling Straits Golf Course Tuesday, Sept. 21, 2021, in Sheboygan, Wis. (AP Photo/Charlie Neibergall)

Following a one-year hiatus, the Ryder Cup is finally back for the 43rd edition. Team U.S. looks to reclaim victory on American soil as the contest tees off Friday at Whistling Straits.

The American team has plenty in their favor entering the competition. However, constants such as Phil Mickelson, Steve Stricker, Davis Love III and Jim Furyk will not be competing in the contest. Rather, these stars are assuming positions off the course.

Stricker is stepping up as captain for Team America. Additionally, Mickelson, Love III and Furyk are acting as vice-captains.

The team is stacked up with talent. According to Official World Golf Ranking, the roster features eight of the top ten players.

The roster offers plenty of firepower. Johnson has two top-10 finishes under his belt after playing in two PGA Championships at Whistling Straits. Likewise, Spieth and Thomas went 3-1 in Paris to further carry the team heading into Friday.

Spieth spoke on his excitement for the opportunity of playing in this years’ competition.

Rather, he is maintaining his focus on coming out of the contest victorious.

The U.S. is fielding one of their youngest teams. The team is entering the international showdown as a 2-1 favorite. There are six Ryder Cup rookies eager to make their debut: Xander Schauffele, Collin Morikawa, Patrick Cantlay, Daniel Berger, Harris English and Scottie Scheffler.

And according to FedEx Cup Champion Cantlay, playing in the event is a dream come true.

The contest tees up Friday, Sept. 24 in Sheboygan County, Wisconsin and concludes on Sept. 26.

Tori Edwards is a fourth-year Telecommunications student specializing in News with an outside concentration in Sport Management. Tori works as an author and reporter for WRUF.com and is the voice of trendings on Monday afternoons on ESPN 98.1 FM - 850 AM WRUF. You can reach Tori at victoriaedwards@ufl.edu.
@ToriEdwardsNews
Previous Rays Fall 4-2 to Blue Jays
Next SEC releases 2022 football schedule. 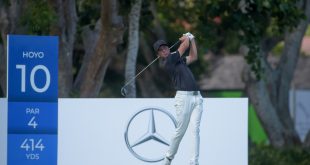 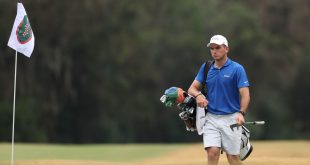