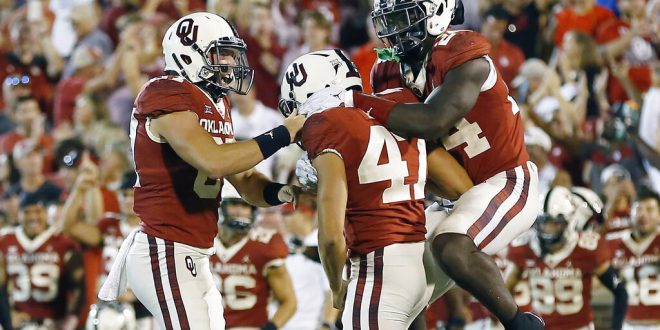 Oklahoma place kicker Gabe Brkic (47) and his team celebrate after he kicks the game winning field goal against West Virginia during the second half of an NCAA college football game in Norman, Okla., Saturday, Sep. 25, 2021. (AP Photo/Alonzo Adams)

If the College football playoffs were to start today, Oklahoma would be playing Georgia. Going into week 7, the Sooners are ranked fourth. They moved up two spots from last week in the AP Top 25. They haven’t lost a single game this season and last week they beat the University of Texas for the fourth consecutive time in the Red River Showdown.

Rattler on the sideline

Oklahoma went into the locker room at halftime down by 18. In the second quarter, Oklahoma coach Lincoln Riley benched starting quarterback Spencer Rattler, after he threw one interception and was 8 for 15 on pass completions. Rattler came into the 2021 season as a Heisman contender, but after last Saturday’s performance his fate is questionable. However Coach Riley, who’s produced two Heisman Trophy winners, hasn’t lost hope in Rattler.

Since Rattler wasn’t performing well, Caleb Williams came in off the bench. Right off the bat he had a 66-yard run touchdown to bring the Sooners within two touchdowns of the Longhorns. Williams provided the spark Oklahoma needed to make a comeback. He ended the game with three touchdowns and was 16 for 25 on pass completions. It’s not surprising that Williams has put up a fight against Rattler. The true freshman was the 16th-ranked recruit overall in the class of 2021. He came to Oklahoma ready to compete and now he’s getting that opportunity.

There could be a new starter this week since Williams was seen scrimmaging with the Sooners’ first-team offense, according to the OUDaily. Coach Riley however still hasn’t announced a starting quarterback for Saturday’s game against TCU. He’s waiting to see how this week’s practices go before finalizing anything.

Looking ahead to TCU

Although the quarterback situation remains unclear, Oklahoma needs to stay focused on their home game against TCU. Kickoff is at 7:30 and the Sooner’s have won their last seven meet-ups. However, Coach Riley isn’t interested in the past and is prepared to put up a fight against the Horned Frogs. 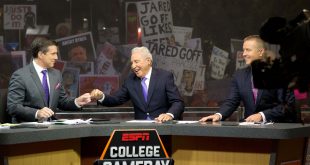