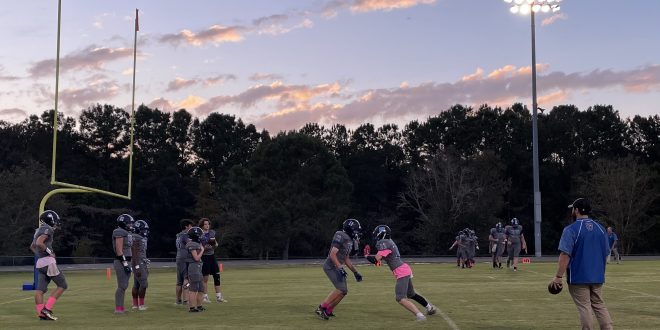 By: Kate Caranante and Molly Cooper

At the start of the first quarter, St. Francis Academy was able to put together a 60-yard drive that included a big fourth down conversion. The drive did not result in any points but it provided hope that the Wolves could advance on Oak Hall’s defense.

Right before the end of the first quarter Oak Hall was able to get into the end zone putting them up 7-0. However, the second quarter was a defensive battle with the teams trading punts multiple times. Once again though, St. Francis Academy could not hold on and Oak Hall scored three quick touchdowns before halftime.

St. Francis Academy started the second half on a positive note when they recovered their on-side kick at midfield. They were not able to generate any points off of this possession and Oak Hall quickly scored again putting them up 35-0, which ended up being the final score.

In a doubleheader on senior night, both Saint Francis’ women’s and men’s (3-4-1) soccer teams …