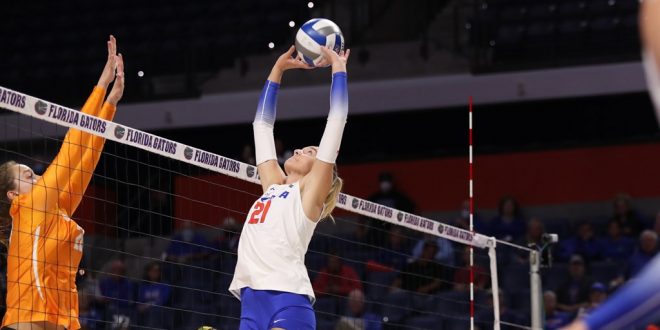 The No. 22 Florida volleyball team is set to travel to Arkansas to take on the Razorbacks in a two-match series this weekend. The Gators (15-6, 9-2 SEC) are ranked third in the SEC while the Razorbacks (17-6, 8-4 SEC) take up fifth place.

Florida volleyball is leading the way offensively in the conference with a .293 hitting percentage.

Florida last faced Arkansas in March where they swept the Razorbacks 3-0 in the two-match series. Overall, the Gators have topped the Razorbacks 46-3 in the all-time series. Arkansas last defeated the Gators in 2015 when the match went to a fifth-set tie-breaker.

First serve tonight is set for 8 P.M. while the series finale is scheduled or Saturday at 6 P.M.

Parker Welch is a Senior at the University of Florida majoring in Sports Media at the College of Journalism & Communications.
@parkerrwelch
Previous Gators basketball gears up for weekend
Next Dolphins Shock Ravens in Primetime