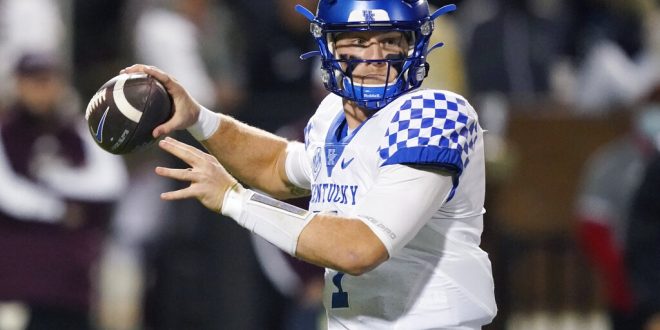 The Kentucky Wildcats (6-3) will face the Vanderbilt Commodores (2-7) tomorrow night in Nashville. Vanderbilt has had 18-straight SEC losses, and Kentucky hopes to extend it.

A strong start for Kentucky

The Wildcats had a dominant start to the season. They won the fist six matchups, including two huge wins against Florida and LSU. Since their matchup against LSU, they have had a three-game losing streak. They lost to the number-one seed, the Georgia Bulldogs, Mississippi State and Tennessee by a narrow three points. After these three losses, they were knocked off of the AP Top 25. Last season, they finished fourth in the SEC and are currently in second place in the SEC East thus far.

Kentucky’s quarterback, Will Levis, has done a lot for Kentucky this season. Last week he saw a career high 419 total yards with 372 passing yards and three passing touchdowns. He also ran for two touchdowns.

Will Levis is the only Kentucky player with 3 pass TD and 2 rush TD in a game over the last 25 years and he has done it twice now. pic.twitter.com/wo8rO6cJD8

Offensively, the Wildcats’ offense has faired well against their opponents. In last week’s game against the Volunteers, Kentucky had possession of the ball for 46 minutes and 99 snaps. The Volunteers had possession for less than 14 minutes. The Wildcats looked as though they would take the win, leading 21-14 late in the second. Unfortunately, their defense was not able to stop Tennessee’s offense, and they fell to the Vols, 45-42.

Vanderbilt may have three key players back

The last three games, the Commodores’ starting quarterback, Ken Seals, has been out for a finger injury. This week, he returned to practice and may be starting this weekend against Kentucky. Sophomore Mike Write started in his place. He completed 56% of his throws for 450 yards and three interceptions. In their loss to Mississippi State, he led the Commodores offense to a mere 146 total yards. It is still unknown if Seals will return Saturday.

The Commodores have also been missing lead rusher Rocko Griffin, which was detrimental in their loss to Missouri on Oct. 30. Griffin was named their starting running back in September after Re’Mahn Davis had a season-ending injury. Griffin leads Vanderbilt with 296 rushing yards, averaging 3.3 yards per rush. Griffin will most likely be playing against Kentucky.

Starting linebacker, De’Rickey Wright, has missed games due to an undisclosed disciplinary problem. There are procedures he must do in order to return and will potentially play Saturday.