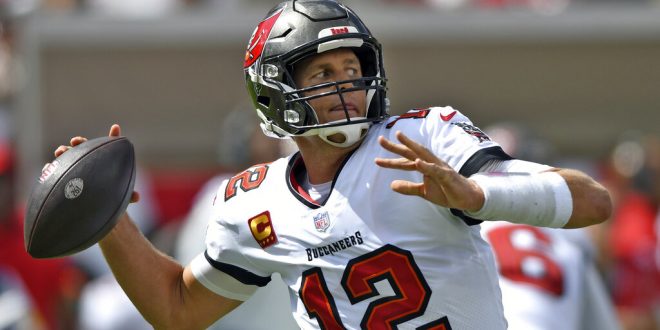 The New York Giants at The Tampa Bay Buccaneers for MNF at 8:15 p.m.

Buccaneers: Brady after a loss is 51-15. Pretty much all that needs to be said. The last time Brady lost more than three games in a row was 19 years ago. Brady has only had a three game losing streak in 2002 losing four in a row.

Brady had this to say when looking at his team going into this game.

The problem that Brady faces is the craziness of the National Football League during the 2021 season. There seems to be this recurring theme of the Top team in their division has an upset loss.

Correspondingly, the Buccaneers have fallen victim to this sentiment with their loss to the Washington Football team last weekend. The Bucs were stifled by a team that was fighting for their 3 win of the season.

The problem in the recent weeks have been injuries with the Tampa Bay offense. Antonio Brown and Rob Gronkowski have been out for the past three weeks. They have the return of their star wide receiver Chris Godwin.

The mindset is that Brady believes that they have enough and that they need to turn on the afterburners.

Giants: The Giants have had minimal success this season. The sit at the bottom of the NFC East. Recently, they have been able to perform against better competitors.

Moreover, the Giants come off the backs of a win against the Raiders. They have also beaten teams in similar situations like the Panthers and Washington.

The questions with the Giants is their Franchise running back Saquan Barkley. Will he be the healthy and diverse option that the team will desperately need.

Show 'em what we're about 😤 pic.twitter.com/93CGwFVNma

Star Defensive-End Leonard Williams looks forward to the challenge and believes that the G-Men can handle the Buccaneers. 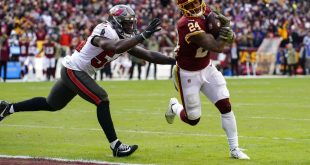 After a nine-point loss to the New Orleans Saints last week, many expected quarterback Tom …