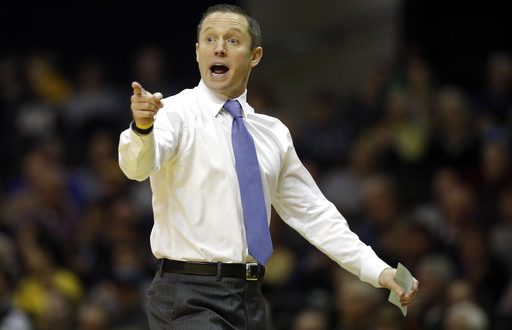 Florida Gators Men’s Basketball has opened the season on a six-game winning streak. After starting unranked the Gators are now up to No. 14 in the country. They put the undefeated record on the line against the Oklahoma Sooners on Wednesday.

Is Florida a “Basketball School”?

The jump in the AP Poll comes after Florida won the Fort. Myers Tip-Off over Ohio State and blew out Troy by 39 points on Sunday. A key to the Gators’ success has been forward Colin Castleton.

Castleton leads the team in points (14.8 per game), rebounds (10 per game) and blocks (2.8 per game). The stat line has not only gotten the Gators six wins to start the season but has earned the senior an SEC Player of the Week.

Among the team’s win against Ohio State, Florida has also defeated Elon, California, Milwaukee, Troy, and most notably in-state rival FSU. At the time, FSU was ranked No. 20 but has since dropped out of the Top-25.

The Gators have been consistent on both the offensive and defensive sides of the ball. Florida has kept opposing teams to an average of about 56 points per game while averaging almost 10 steals and six blocks a game. Meanwhile, the Florida offense averages about 77 points per game on 43% shooting.

Florida will travel to Norman, Oklahoma, for their first true away game of the season on Wednesday. The Sooners are 6-1 on the season and are coming off a three-point win at UCF. Oklahoma is led by senior Tanner Groves who averages nearly 15 points and six rebounds per game.

Wednesday’s matchup is set to be a traditional offense versus defense type of game. The Gators have kept opponents under 70 points in all of their games this season. While in contrast, the Sooners have broken the 70-point mark five times this season, scoring as many as 96 points in a single contest.

Florida will be Oklahoma’s first ranked opponent of the season and the first Power Five school the Sooners have faced.

The Gators and the Sooners will tip-off at 8 p.m. on Wednesday.

Chris Will is a second-year journalism student with a focus on sports and media. Originally from the Fort Lauderdale area, Will now covers all things sports in Gainesville.
@_Chris_Will_
Previous Wrapping Up the Regular Season of College Football
Next Lincoln Riley Moves To USC