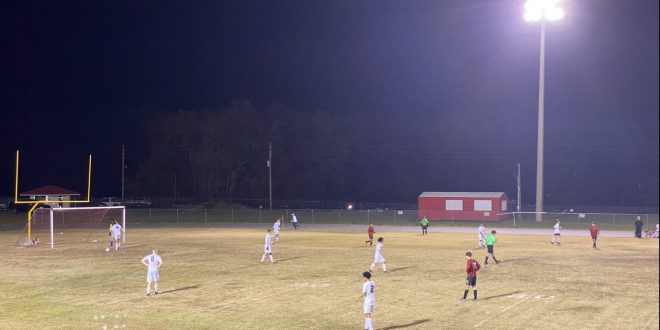 Earlier in the season, the Saint Francis Catholic Academy Wolves met up for a match-up against the Williston Red Devils and both teams were looking to keep their records clean, but in the end, the Wolves suffered their first loss, 7-0. On Thursday evening, the  Wolves (2-4-1) traveled to Williston High School for a rematch against the Red Devils (5-1) looking for redemption. However, the Wolves did not get the rest they hoped for and lost the match, 3-0.

Right from the start, the Devils showed that they were going to be a hard team to beat. Senior defender Victor Gutierrez and sophomore midfielder Jace Pavao for most of the first half helped the Devils keep possession of the ball and assisted in teammates taking shots on goal. This gave Eddie De La Cruz the opportunity to score for the Devils. He quickly advanced towards the goal and was able to convert. The Devils scored the first goal of the game with 24 minutes left in the half.

When trying to clear the ball, the Wolves’ players clumped together and made it hard for themselves to try and advance towards their goal. The Wolves relied on Thomas Duarte the entire game to take any free-kick, throw-in or even just to get the ball far down the field. Duarte’s powerful kick only did so much for the Wolves, but they were still unable to make a play that resulted in a goal.

Devils take the corner kick and the Wolves are able to clear it. pic.twitter.com/TFCj6Yj77k

The only thing that benefited St. Francis was that the Williston continuously fouled the Wolves giving them Duarte the opportunity to boot the ball down the field towards striker Julian Romano. Romona became the leader for his team and they looked towards him to make any shot on goal that he could.

By the end of the half, Devils’ senior Gabriel Hughes scored another goal for Williston making the score 2-0.

The second half was almost the opposite of what seemed like a one-sided game in the first half.

The Wolves’ defense denied many of the Devils’ fast breaks and the ball spent time on both sides of the field. Possession of the ball seemed to go back and forth between each team. Your head would move side to side like when you watch tennis.

For half of the second half, the Wolves goalie blocked every shot that the Devils tried to make. A lot of the time the Devils kicked the ball too hard and it would fly through the field goal posts behind the goal. The parents would do a little cheer thinking it was going into the goal but then would laugh to themselves when it went into the wrong type of goal.

Coming out of the water break, the Devils reverted back to the way they played in the first half. The Devils took a shot on goal and the goalie deflected the ball; however, freshman striker Dary Osorio-Lopez was right where he needed to be to get the rebound and score.

In the end, Williston proved they were the best team on the field last night and won 3-0 against Saint Francis.

Improving throughout the season

The Wolves started out their season with two wins but after the first Williston game, they hit a slump. Each matchup after that resulted in a shutout. After three games, they tied against Fort White and this tie is what the team needed to start over. The second match-up against Williston, while it did not work out for the Wolves, you could tell that they have improved. They were able to hold off the Devils from scoring as many goals as last time and take possession of the ball to try and create plays that would work out for their team.

Molly is a fourth-year journalism major specializing in sports and media and working on a certificate in sports management at the University of Florida.
@_mollycooper
Previous Three-Goal Third Period Lifts Lightning Over Blues
Next Dolphins-Giants: A tale of two offenses 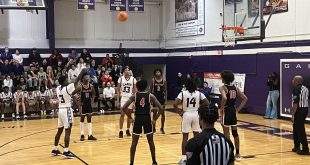