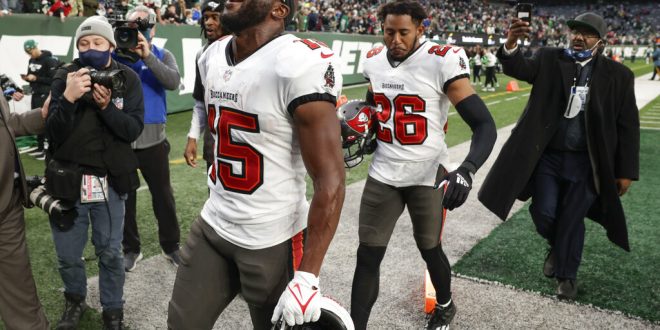 The Bucs, led by quarterback Tom Brady, defeated the struggling New York Jets 28-24 Jan. 2. Though it wasn’t an easy feat, the reigning Super Bowl Champions secured the win late in the fourth quarter with a field goal followed by a touchdown.

But the rocky path to a victory wasn’t the story of the game. Wide receiver Antonio Brown made a disorderly exit mid-game, and immediately after the match, head coach Bruce Arians said, “He is no longer a Buc.”

Browns’ official release was announced by the team Thursday.

Tampa Bay has 15 players on the injured list. Most notably:

If the Bucs win Sunday and the Los Angeles Rams lose, Tampa moves to the second seed in the NFC playoff picture.

The Panthers fell 18-10 to the New Orleans Saints Jan. 2, though the outcome looked positive at the half. The loss marked Carolina’s sixth-straight loss of the season.

“I’ve said that all week,” Rhule said. “We put a plan together.”

Newton claims the career-most rushing touchdowns for a quarterback with 75. However, the battle for starting quarterback between he and Sam Darnold seems unending.

The Panthers have seven players on the injured list. Most notably:

Carolina stands in the way of Tampa’s team-record 13th win.

The last time the in-conference opponents met up Dec. 26, the Buccaneers defeated the Panthers 32-6. The home team is eager for a 2-0 season sweep over the Charlotte team.

Kick off is set for 4:25 p.m. at Raymond James Stadium. Coverage starts here at halftime.