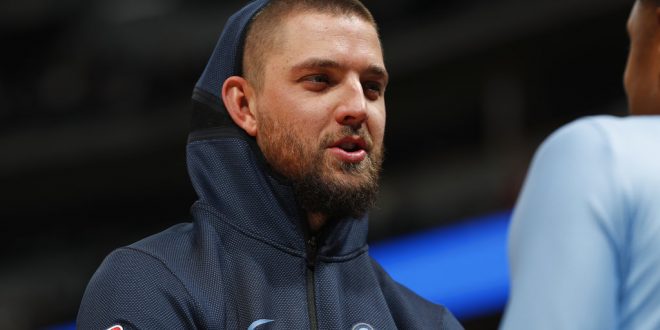 File-This Dec. 10, 2018, file photo shows Memphis Grizzlies forward Chandler Parsons (25) in the first half of an NBA basketball game in Denver. Grizzlies general manager Chris Wallace said Sunday, Jan. 6, 2019, that Former Florida player Chandler Parsons has chosen to continue rehabilitation in Los Angeles out of the options Memphis gave the 30-year-old forward. Wallace issued a statement Sunday night after ESPN.com reported that the Grizzlies and Parsons had agreed to a split.(AP Photo/David Zalubowski)

After playing nine seasons in the NBA, former Florida Gator Chandler Parsons announced his retirement on Instagram.  In his final years in the league, he suffered multiple injuries that led up to his retirement.

Nine-year NBA veteran Chandler Parsons has retired from basketball and his lawsuit from career-ending injuries via car accident in January 2020 has been settled for a substantial amount.

Playing for the Gators

Under the coaching staff of Billy Donovan, Parsons played four seasons between 2007- 2011 with the Florida Gators. He started in 81 of the 142 games he played with the team. In his first year on the team, Parsons was Florida’s top bench scorer averaging 8.1 points per game. As he continued on with the Gators, the records and titles started to roll in.

In his third season, Parsons became the first player to hit two buzzer-beaters in school history. The first one happened during a close game against NC State in overtime where the Gators were losing 61-59 and the second one helped them beat South Carolina.

One of my favorite Gators of all-time.

His shot against NC State continues to be one of the craziest non-tournament buzzer beaters I can remember.

In his last year as a Florida Gator, the SEC named Parsons 2011 SEC Player of the year. He led the team in rebounds and assists that season. At the end of his Gators career, he was named to the SEC All-Tournament team,  AP All-American team and first-team NABC All-District Team.

During his time with the team, he suffered a torn knee cartilage injury that limited his chances at playing. After playing for the Grizzlies for 3 seasons, they traded Parsons to the Atlanta Hawks. He ended up only playing one season with the Hawks due to various injuries.

In Parsons’ announcement on Instagram, he reflected on his basketball career from his time in AAU to the Florida Gators to NBA. He thanked everyone that he worked with throughout his career and said he is excited for the next chapter of his life.

Chandler Parsons announces his retirement from the NBA. pic.twitter.com/uLeHFM3kzD