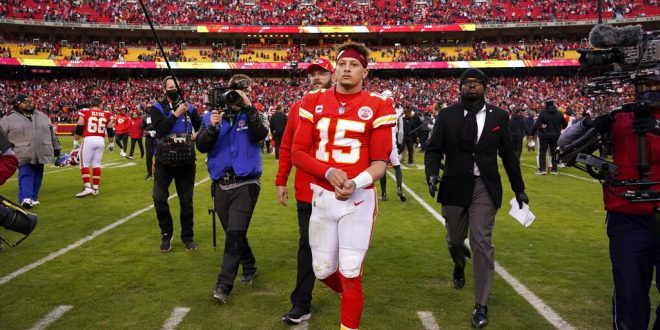 What’s next for Kansas City Chiefs?

After making back-to-back appearances, the Kansas City Chiefs will not be playing in the Super Bowl. The Chiefs faltered 27-24 in what was their fourth consecutive AFC Championship on Sunday to send the Cincinnati Bengals on their way to Los Angeles, California for Super Bowl LVI.

To all of Chiefs Kingdom, we know this isn’t how we wanted the season to end, but we couldn’t have made it all the way to a fourth straight AFC Championship game without your support. Truly the best fans in the world ❤️ pic.twitter.com/1oppb4o5ng

Although Kansas City has established its reputation as an elite team, there is no guarantee the same can be said next season as some instrumental players are questionable to return on the roster.

Kansas City had a hot start to Sunday’s AFC Championship with touchdowns in its first three possessions. However, the Chiefs failed to keep the rhythm in the second half. Two sacks to Kansas City gunslinger Patrick Mahomes resulted in a long field goal to push the game into overtime.

And although the Chiefs won the coin toss, Kansas City failed to build on the opportunity. Moreover, Mahomes’ final play of the season was an interception that helped elevate Cincinnati to victory.

While the Chief’s playoff journey came to a disappointing end, there are now some question marks surrounding a few key players’ futures with the franchise.

What’s next for Kansas City?

Now that the Chiefs are entering the offseason, the front office has some difficult decisions to make with several players set to enter unrestricted free agency. Notably, safety Tyrann Mathieu has been an anchor for Kansas City’s secondary. Mathieu has expressed a strong personal desire to stay with the team. Nonetheless, what happens next will be out of his control.

In addition, defensive end Frank Clark may have played his last season in a Chiefs uniform. Although Clark has two years remaining on his contract, his production on the field may not be enough to earn him a spot next year. He carries a $25.8 million cap hit this year and is set to make nearly $19 million in 2022. Thus, Kansas City could part ways to save $13.4 million against the cap.

#Chiefs Frank Clark: “Kansas City is home. I bought a house here, my daughter goes to school here.
I want to be here the rest of my career.”

Although some difficult decisions lie ahead for the Chiefs, the team will definitely be looking to make some changes after an inconsistent 2021 season.

Tori Edwards is a fourth-year Telecommunications student specializing in News with an outside concentration in Sport Management. Tori works as an author and reporter for WRUF.com and is the voice of trendings on Monday afternoons on ESPN 98.1 FM - 850 AM WRUF. You can reach Tori at victoriaedwards@ufl.edu.
@ToriEdwardsNews
Previous Joe Burrow Is Headed To The Super Bowl
Next Signing Day for Trio of Oak Hall Lacrosse Players 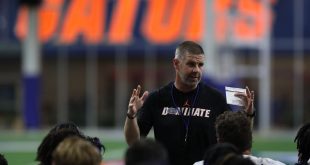