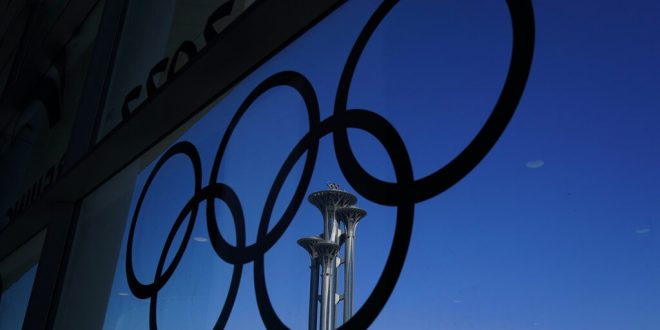 The Beijing Olympic Tower is seen from the Main Media Center ahead of the 2022 Winter Olympics, Friday, Feb. 4, 2022, in Beijing. (AP Photo/Ashley Landis)

Sometimes you have to give something great up to gain something greater. That’s what happened as a trio of speed skaters hailing from Ocala: Brittany Bowe, Erin Jackson and Joey Mantia qualified for the Beijing Olympics.

Flashback to the United States Olympic Trials in January, Jackson, a UF engineering graduate, slipped in the 500-meter speeding skating race. The world’s fastest had finished third. Instead, her hometown teammate Brittany Bowe won the race.

Soon to be at her third #WinterOlympics, @BrittanyBowe is going for her first gold. pic.twitter.com/dyjYGxVnfX

The 6-year-long pals had planned to join their friend teammate Joey Mantia at the Beijing Olympics.  The trio hail from a place known for horseback riding way more than anything to do with winter sports. indeed, all three were initially incline skaters before transitioning to speed skating and training in Salt Lake City.

Briefly, it appeared the trio, all coming to Milwaukee as No. 1 seeds in a race, would have their dreams slide away.

That was until Bowe, a three-time Olympian, decided to relinquish her 500-meter spot to her teammate, Jackson.

“After that unfortunate slip, I knew in my mind before that night was even over that if it had to come down to a decision of mine, she could have my place,” Bowe told NBC Sports.

A month after her choice, the Trinty Catholic alum received a big call asking if she wanted to bear the American flag at the Opening Ceremonies. Not only would she bear the flag, but she and Jackson would also end up picking up an extra race each when other countries didn’t fill their quotas.

Initially, decorated bobsledder Elana Meyers TaylorTaylor was set to be the female flag bearer for the United States. However, upon arrival, she tested positive for COVID-19 but has enough time ahead of her bobsledding event that she may be able to compete. Taylor decided to share the special offer to be the new flag bearer with Bowe over the phone, leaving the speed skater speechless.

“It’s funny, because I actually spoke with Elana earlier that day, knowing she had tested positive for COVID,” Bowe said. “So then to get called into the (U.S. Olympic & Paralympic Committee) room for a phone call, and then it was Elana on the phone, presenting me with the honor of carrying the flag on her behalf — what an honor, a privilege. For once, completely at a loss for words.”

"I can't think of a better honor other than walking myself {carrying flag in Opening Ceremony"}, than giving that opportunity to Brittany." @eamslider24

Elana called speed-skater @BrittanyBowe to ask she walk her her behalf while in Covid isolation. #11Alive pic.twitter.com/T7uMVfp02s

On the call, Taylor referenced Bowe’s sacrifice for her teammate, Jackson.

“You gave up one of your spots,” Bowe said in the recorded conversation. Hopefully, I can give you something in return– a spot of your own. So, I was going to be the flag bearer, but unfortunately now. I mean, you finished second in voting (to be the flag bearer). Brittany, will you walk in my place?”

Another local personality will be represented in the Olympic Games, through NBC broadcaster Manno. She first covered the games in London as a general assignment reporter in 2012. There, she raised her hand to cover everything and everyone, whether it was judo or Queen Elizabeth.

Ten years later, she is about to cover her sixth Olympic Games, broadcasting primarily curling on CNBC, the home base for the sport this games. She says every Olympics has been memorable in its own way.

The broadcast of this year’s games will already be quite different for Manno. Given everything going on politically with China and the Coronavirus, NBC will primarily broadcast out of their Samford, Connecticut, studio. NBC sent only a few anchors and reporters to the ground in Beijing.

The 2006 telecommunications graduate said she thinks this will be an advantage for her network because the analysts for different sports can easily communicate when they’re all in one place.

Something people may not realize, Manno said, is that the NBC Olympic crew has been preparing for years for the Beijing 2022 Olympics. Reporters and the features unit have been digging for stories, interviewing athletes and their families and more, long before the games hit the air.

The United States ended up gaining an extra spot in both the 500-meter and 1000-meter races, meaning Bowe received her original spot in the former race and Jackson would gain a new one for her third-place 1000-meter finish.

The three Ocala skaters will compete on these dates, in order of who appears first.

The full NBC Olympic television schedule can be seen here.

Bowe will bear the flag for Mantia, Jackson and the United States team at the Opening Ceremonies Friday at 8 p.m. on NBC, something she gained after a sacrifice. 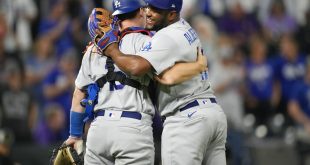