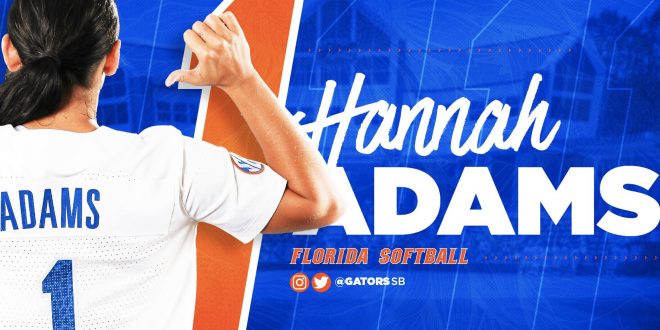 The Gators Softball team is starting their season strong with two straight victories. The Gators are two games into the USF Tournament in Tampa and have given up just one run in two games.

Saturday sees Florida playing two games, the first of which resulted in a 7-1 victory of UMKC. On Friday, the Gators defeated Illinois State 3-0.

Fifth-year infielder Hannah Adams notched three hits in four at-bats in the contest, one of which was a triple, and one RBI.

Freshman outfielder Kendra Falby impressed in the game with two runs, two RBIs, and a home run. This comes after an efficient debut against Illinois State when she got two hits in three at-bats and two RBIs.

That's all from game one today! Gators win over the Roos! #GoGators

Saturday marks Florida’s first meeting with UMKC ever and the Gators start the all-time series with a victory.

The rest of the USF Tournament

The Gators are not finished with just one game on Saturday. Florida, ranked sixth in the nation, takes on No. 16 Michigan. On Sunday the Gators will play the tournament host, the USF Bulls.

Impressing for the Michigan Wolverines so far is outfielder Kristina Burkhardt. Burkhardt has recorded a combined four hits in seven at-bats in Michigan’s two games.

In 22 previous meetings, Florida has the all-time series lead against Michigan 12-10. Michigan won the last meeting between the two programs.

Jensen Young is a journalism student at the University of Florida. He works as a sports writer for WRUF.com and is the voice of trendings on Wednesday mornings on the WRUF radio station.
@Jensen_Young9
Previous Santa Fe Baseball Handle St. Petersburg in Big Win
Next Florida Gator Softball Uses Late Spark to Beat Michigan