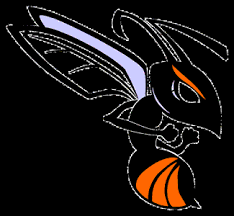 The Hawthorne Hornets varsity girls basketball team is hitting the road to face the Wildwood Wildcats in the Class 1-A regional final game tonight at 7 p.m.

Hornets head coach Cornelius Ingram talks about the battle against Wildwood with Steve Russel on Sports Scene this afternoon.

With the season on the line, Ingram is confident his girls will be ready to play tonight.

The young team, with only three seniors, is being led by a veteran coach. The big stage of the playoffs is nothing new for Ingram. As the head coach of the Varsity Football team at Hawthorne, he previously was in the football playoff race.

All eyes on Wildwood

Hawthorne previously lost to Wildwood 46-32 in the District Championship on Feb. 4, according to maxpreps.com.

In the loss, the team was missing their junior leader who has led the team on the court in scoring, assists and rebounds, Ingram said. In addition, she leads the pack off the court.

Ingram is aware of the threat that Wildwood poses.

Ingrams says the key to defeating the Wildcats is to play lockdown defense and take care of the ball. Furthermore, he has high praise for the well-coached Wildwood team.

A look back at the regional semi-finals

In the regional semi-finals, Hawthorne defeated Trenton on the road 43-39 as the Hornets trailed the majority of the game. However, they outscored the Tigers 16-7 in the fourth quarter to emerge victorious.

Hawthorne is hungry for more

Nonetheless, the Hornets showed relentless grit to win against Trenton bringing them back to Wildwood.

Playing in a season-defining game can bring a lot of pressure. However, Ingram has instilled good habits in his athletes to limit the possibility of being complacent.

After a big win, Ingram typically puts his team through an intense practice afterward, he says.