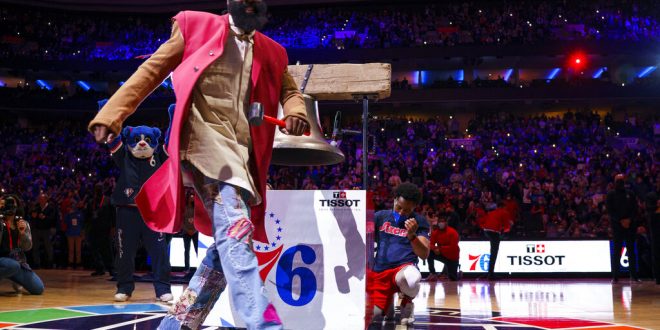 James Harden wanted out of Houston. Roughly a year later, he was unhappy in Brooklyn playing with Kevin Durant and Kyrie Irving.

As both the Brooklyn Nets and Philadelphia 76ers push for a title, they decided to swap unhappy superstars as Harden went to the 76ers with Paul Millsap and Ben Simmons went to Brooklyn alongside Seth Curry and Andre Drummond. Despite saying that Brooklyn was his top choice last year, he had different ideas this year.

With the New York City mandate limiting Irving to only home games and then an injury to Durant, Harden was by himself in Brooklyn. Despite having some veteran pieces, the Nets struggled at the end of his stay.

After winning 29 of their first 45 games, the Nets dropped ten straight before the trade. Still, he said the decision of Irving not to get vaccinated was not the reason he wanted out of Brooklyn.

It will certainly be interesting to see how Harden plays with potential MVP Joel Embiid. After being the go-to shooter while playing in Huston, Harden changed his style of play with the Nets. Instead of scoring 30 points per game, he managed to become the ball handler on the loaded Brooklyn Nets.

Despite scoring 22.5 points per game, Harden is averaging 10.2 assists per game. He also showed success in the past playing with a big in Clint Capela. Harden sees no issues adjusting to playing with Philadelphia.

Harden ended up missing his last four games with Brooklyn to a hamstring injury. Shortly after coming to the 76ers, he was ruled out until after the All-Star Game. Harden recently was in attendance but did not play as the 76ers lost by 48 points to the Boston Celtics.

If he does make his return right after the All-Star Game, the 76ers will have their first game out of the break against the the Minnesota Timberwolves on Feb. 24. Philadelphia currently has a record of 34-23 and is the five seed in the Eastern Conference.