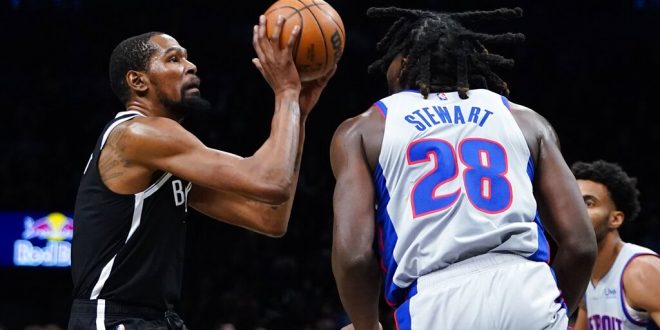 The NBA Playoffs are three weeks away.

Here are a few things to keep tabs on as seeding becomes increasingly important.

Miami currently sits on top of the Eastern Conference with a record of 48-28. However, they may not be there much longer.

The Heat travel to Boston for an important matchup with the Celtics. Boston is currently one game behind Miami in the standings. Boston beat Miami in the previous two meeting so a win Wednesday would put the Celtics on top of the conference.

Miami, Milwaukee, Boston and Philadelphia are all separated by less than two games.

The Bucks have a record of 10-3 in the month of March. The defending champs will be a tough out regardless of where they rank when the playoffs start.

With the addition of James Harden, Philadelphia is looking to make a deep playoff run. While the 76ers lost to the Bucks on Tuesday, Harden and Joel Embid played well.

For a while, the Chicago Bulls looked unstoppable. With the play of Demar Derozan, this team surprised the league with its early success. The Bulls are 5-10 in March and have slipped to fifth in the East.

Toronto is currently safe from the NBA’s Play-in Tournament. However, every game from now on is important. The Raptors sit one game ahead of Cleveland for the sixth seed and three-and-a-half games ahead of Brooklyn.

If the playoffs started Wednesday the matchups would be Brooklyn visiting Cleveland and Charlotte hosting Atlanta.

Cleveland has overachieved this season. This team ranked No. 13 in the East last year. However, it won’t mean anything if it doesn’t make the playoffs.

Brooklyn and Atlanta have underachieved this season.

The Nets have been up and down this season with Kevin Durant missing time due to a leg injury and Kyrie Irving out due to COVID protocols. However, Irving has recently been cleared to play in home games even though he is unvaccinated.

Kyrie Irving is officially cleared to play in home games after NYC Mayor Eric Adams announced an exemption to the city’s vaccine mandate for pro athletes and performers pic.twitter.com/EDV2HsLeUw

Atlanta did not improve this season. While its record is similar to what it was last year, it has fallen No. 10 in the East. Last year, it was fifth.

Charlotte is in the same position it was last year.

The New York Knicks and the Washington Wizards are still alive. But they need some wins quickly to get into the NBA Play-In. The Knicks are four-and-a-half games back of the No. 10 seed and the Wizards are five games back.

Trey is a third year sports media major at the University of Florida, and a WRUF reporter.
@@treyboogie5
Previous Packers Looking for New Wide Receivers
Next Oliver Marmol Talks 2022 Season