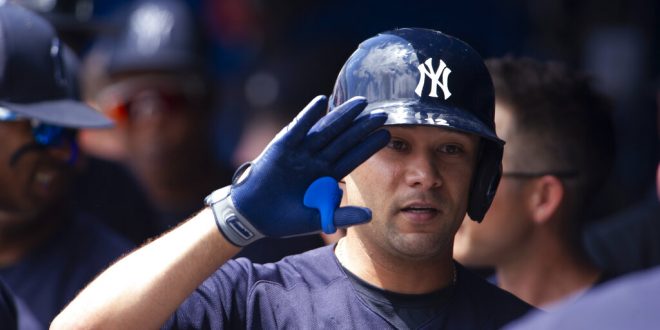 A look at the AL East

As the 2022 MLB season starts on Thursday, the American League East begins what should be another tight divisional race. With three teams in the top-10 of MLB’s power rankings, and a fourth at No. 11, the AL East should be the strongest in baseball for yet another season.

The final Power Rankings before #OpeningDay.

On This Day: 30 years ago, Oriole Park at Camden Yards opened its gates for the first time to become The Ballpark That Forever Changed Baseball. pic.twitter.com/xsqe0nHqT0

As the Orioles celebrate Camden Yards’ 30th birthday, Baltimore prepares for a 2022 season that should only be tougher than the previous. The Orioles have finished last in the division in four of the last five seasons, with the lone non-last place finish being in 2020 when they finished fourth. 2022 looks to be much of the same.

Baltimore did not make any major moves in free agency, but provided immediate stability by making resigning Trey Mancini to a one-year deal worth $7.5 million. Additionally, the Orioles signed veteran catcher Robinson Chirinos to a one-year deal after losing Pedro Severino to free agency.

Despite the difficulties, the future is bright as MLB Pipeline ranked Baltimore’s farm system as the No. 1 system in baseball. As for the current roster, two young stars headline the future of the organization.

First baseman Ryan Mountcastle returns after finishing sixth in Rookie of the Year voting. In 2021, Mountcastle lead Baltimore with 33 home runs and 89 RBIs. Along with Mountcastle, outfielder Austin Hays broke out in 2021 with 22 home runs and 71 RBIs.

Baltimore opens up the 2022 season with a three-game trip to AL East rival Tampa Bay beginning on Friday.

After finishing second in the AL East, Boston made a big splash in free agency with the hopes of retaking the division by signing shortstop Trevor Story to a six-year, $140 million deal and will move him to second base.

Devers had a career year in 2021 with his first All-Star appearance and won a Silver Slugger after hitting a career-high 38 home runs while adding 113 RBIs, which was the fifth-most in the league.

Bogaerts and Martinez are also coming off of All-Star years after hitting for at least 20 home runs with batting averages of over .280. Although Boston’s big bats bring excitement to Red Sox nation, the bullpen took a major hit in the offseason.

Although Boston returns ace Nathan Eovaldi, who made his first All-Star appearance and finished fourth in Cy Young voting, the Red Sox placed starter Chris Sale on the 60-day IL due to a stress fracture in his right rib cage.

Boston was scheduled to begin the season on Thursday at Yankee Stadium against its rivals, but the game has been postponed due to inclement weather. The Red Sox will now begin their 2022 campaign on Friday at 1 p.m.

The back-to-back AL East champions look to three-peat in arguably the toughest division in major league baseball. After a 100-win season that saw them lock up the No. 1 seed in the AL, Tampa Bay disappointed in the postseason after dropping the ALDS 3-1 to Boston.

As with the rest of the division, offense is the show for the Rays, who return most of their lineup from 2021.

Former Gator Mike Zunino adds a powerful bat and strong defense behind the plate after making his first All-Star appearance in 2021. Despite only hitting at .216, Zunino hit 33 home runs, which was tied for the most in the league by catchers.

However, the future of the team is shortstop Wander Franco. In November, the Rays signed to an 11-year, $182 million extension, the largest contract in Rays history. Franco finished third in Rookie of the Year voting after batting a solid .288 and hitting seven home runs.

Tampa Bay did not make any major splashes in free agency, but did beef up its bullpen with the signings of Corey Kluber and Brooks Raley. These provide a bit of safety as Tyler Glasnow continues to recover from right elbow surgery. The Rays placed Glasnow on the 60-day IL on March 17.

The Rays begin their quest for a three-peat of the AL East on Friday when they host Baltimore at 3:10 p.m.

The Canadian team enters 2022 with one of the best young cores in baseball as well as a new third baseman from out West.

As the Oakland A’s looked to trade the bulk of their lineup and enter a rebuild, Toronto answered the call and sent four prospects in exchange for third baseman and 2021 Gold Glove winner Matt Chapman. The trade also moved Guerrero Jr. from third base to first, creating one of the better corner base duos in the league.

Outfielder George Springer enters his second season with the Blue Jays after hitting 22 home runs and 50 RBIs despite missing over half of the season due to multiple injuries.

However, Toronto loses a big bat entering 2022. Shortstop Marcus Semien signed a seven year, $175 million deal with the Rangers after only one season with the Blue Jays. In 2021, Semien hit 45 home runs while winning a Gold Glove, making an All-Star appearance and finishing third in the AL MVP race.

The Blue Jays open the 2022 season as an early favorite to win the AL Pennant with ESPN giving them odds of 10-1 to win the World Series. Toronto begins its 2022 campaign on Friday when it hosts Semien and the Rangers.

Coming off of a disappointing 2021 campaign, the Bronx Bombers look to end their World Series drought after not appearing in one in over a decade.

In the offseason, the Yankees looked to fill primary needs at shortstop after inconsistency at the position, and first baseman after Anthony Rizzo hit free agency. Despite rumors and predictions, the Yankees failed to sign top free agents such as Carlos Correa or Freddie Freeman. However, New York filled its needs after resigning Rizzo and through a trade with the Twins.

With Sanchez gone, the Yankees turn to Kyle Higashioka as the full-time catcher. With a strong spring training performance with a league-high seven home runs, he points to the future being bright at the position.

On the defensive side, ace Gerrit Cole headlines the pinstripe pitchers. Last season, Cole finished third in the league in wins with 16 and third in strikeouts with 243. Cole is the current favorite to win the AL Cy Young with his odds set at +425.

With Thursday’s game being postponed, New York begins its 2022 season on Friday against Boston at 1:05 p.m. in Yankee Stadium.