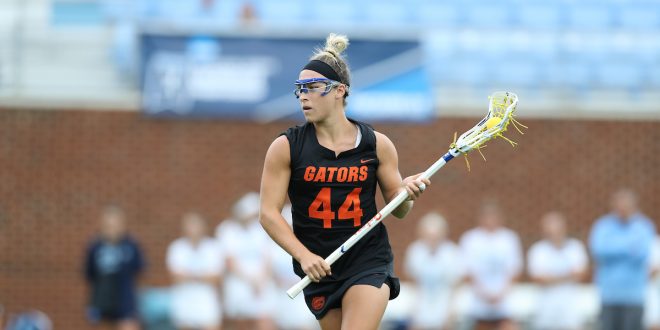 Gators Lax travels to Nashville to take on Vanderbilt

The Gators lax squad travels to Nashville, Tennesse, to take on the Vanderbilt Commodores. The game will be held at the Vanderbilt lacrosse complex on April 16, starting at 12:30 p.m.

Saturday’s game in Nashville should be a good showing for lacrosse ACC neighbors Vanderbilt and Florida. Both teams are extremely potent offensively, with a 46.2% shot percentage for Vanderbilt and 51.8% for Florida. But the tell for this game will be decided in the hustle stats.

Forgotten momentum shifts in the game like ground balls, turnovers and penalties that cause woman-up and woman-down power plays will be the decider. This season, the Commodores have over 217 turnovers, a whopping 64 more than the Gator squad. The Gator squad causes opponents almost ten turnovers a game on average this season while also shooting almost 30 shots a game (29.8) on average. When it comes to power plays, the Gator team has the upper hand with 31 goals this season compared to Vanderbilt’s 11.

For the Gators, players like Danielle Pavinelli and Emma LoPinto will be crucial in their fast-paced transition style play that leads to an overwhelming number of goals. Pavinelli is the team’s leading scorer with 44 goals and 19 assists on the season while shooting a solid 53.7% from the field. Lopinto is the team’s assist leader but is also lethal around the net. With 37 goals and 24 assists while shooting 58.7% from the field, she is a shot creator and playmaker the team needs. Both of these players combine for 43 assists, nearly 43% of the team’s total assists.

The Commodores have some impressive players as well. Gabby Fornia, a floor general for Vanderbilt, has 19 goals with 38 assists this season. Fornia has struggled with turnovers this season, being the leading turnover holder for her team with 35 on the season. The leading scorer for the team, Bri Gross, has 25 goals and seven assists on the season. This season, Gross also has 24 ground balls and turnovers while shooting 42.4% from the field.

For more on the Gator lacrosse and their win streak, check out this article on WRUF.