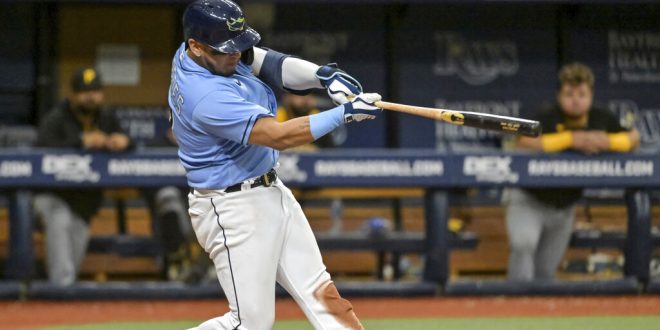 Shane Baz will be pitching for the Rays Tuesday night. This will be Baz’s second game starting as a pitcher, with his first going down as a loss. Baz’s ERA is 4.15, which is good, but he will need to do better to hurt Milwaukee. Tampa has a slight advantage in batting average over Milwaukee with only a .001 difference.

The Rays are averaging just under a home run a game (.93) compared to Milwaukee’s 1.32 home runs a game. Randy Arozarena and Issac Paredes, a few of the Rays’ best, will have to swing for the fences to keep up with the Brewers. Other players like Harold Ramirez and Ji-Man Choi will need to collect RBIs and hopefully a homerun or two to prevent a significant score differential.

Milwaukee is high scoring and consistent in their play leading their division. The Brewers are slated to be the superior team and are favored to win. Brandon Woodruff will be starting pitcher for the Brewers tonight after being reinstated from the 15-day injured list. Woodruff has won five of his eight games as the starting pitcher and has an ERA of 4.74, which is slightly higher than Rays’ Baz. Another player coming off the injured list tonight for the Brewers is Kolten Wong, who has 17 RBIs and five home runs.

With sluggers like Willy Adames and Rowdy Tellez with 28 home runs between them, the Brewers are stacked with playmakers. The Brewers’ have over 330 runs on the season compared to the Rays’ 292. The Brewers are a team that excels on the offensive and lacks a defensive liability for the Rays to expose.

2B Kolten Wong reinstated from the 10-day injured list.

Previous Braves Start 3-Game Series Against NL East Rival Phillies
Next Serena Williams Defeated in First Round of Wimbledon, Is This the End?