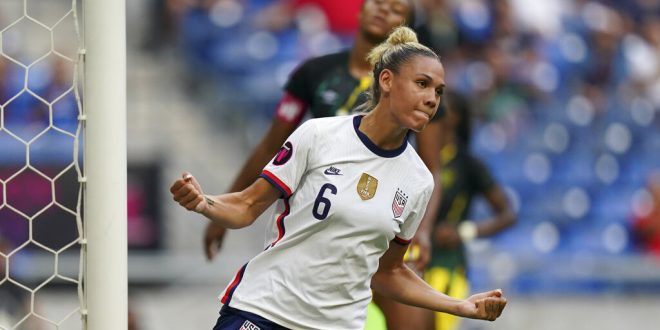 The U.S. Women’s National Team qualified for the 2023 Women’s World Cup Thursday after defeating Jamaica 5-0 in the first match of the second day of Group A play in the CONCACAF Women’s Championship.

USWNT owned the pitch in their win against Jamaica. Sophia Smith had a dominant performance, putting the USA up by two goals less than eight minutes into the match.

Rose Lavelle, Kristie Mewis, and Trinity Rodman all scored in the second half, pushing the team for the win.

But at least in terms of the World Cup, this was the first step to qualify for Team USA, as they waited for the results of the Haiti-Mexico game to punch its ticket. Haiti defeated Mexico 3-0 in the second game, allowing USWNT to secure a top-two finish in the group to guarantee a spot next summer.

WE’VE QUALIFIED FOR THE 2023 @FIFAWWC!!!! pic.twitter.com/jUSgovQcrx

Alex Morgan and Megan Rapinoe’s squad return to the World Cup after winning the tournament in 2019. This is the USA’s ninth World Cup appearance, having won a record four tournaments.

The USA currently leads Group A with six points after two games. Although Team USA is looking strong, other nations look to catch up.

Jamaica and Haiti trail them with three points and play each other for a World Cup berth. Mexico was eliminated from qualifying automatically. They would need to defeat Team USA in the final match of Group A play for a chance to finish third and earn a birth.

USWNT plays Mexico in the Group A finale on July 11 to determine first place in the group. The winner of the CONCACAF Women’s Championship will then earn an automatic berth to the 2024 Paris Olympics. 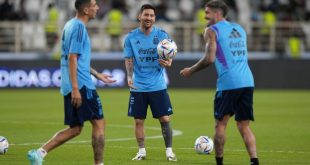