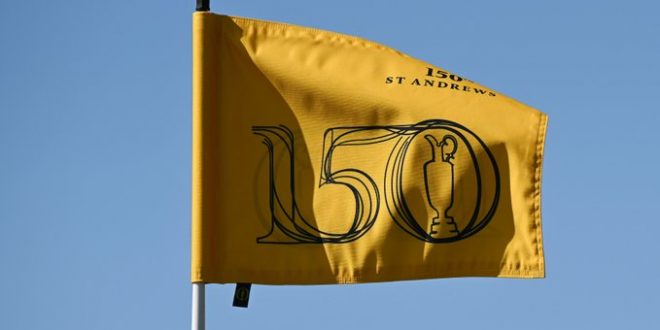 The 2022 Open Golf Championship and final major of the season are here, and what better venue to celebrate the 150th anniversary than the Old Course at St. Andrews.

The Old St. Andrews course is located in Fife, Scotland, and will play as a par 72, measuring between 7,313 and 7,536 yards. Additionally, putting on the course will consist of 50 percent fescue, 25 percent Brown Top Bentgrass, 10 percent poa annua and 10 percent other.

The first Open was played here in 1873 and the game’s greatest have been crossing the Swilcan Bridge ever since. The history that Old St. Andrews holds is unlike any other course as players swing beside ancient buildings and church steeples until they reach the Old, Grey Town on the inward nine.

St. Andrews is known as the Home of Golf as it dates back to the inception of the sport. Tom Kidd won the first edition of The Open in 1873 and ever since many of golf’s greatest have raised the treasured Claret Jug on the 72nd green. Jack Nicklaus, Tom Watson and Arnold Palmer have all taken the final steps of their Open careers at this venue just as former Gator Mark Calcavecchia will this year. History is what makes this course and the 2022 Open Championship so special.

The last time the course hosted The Open was in 2015 when Zach Johnson beat Louis Oosthuizen and Marc Leishman in a playoff. Since 2000, we have witnessed several excellent winning scores at the St. Andrews course. Tiger Woods won at 19 under and 15 under in 2000 and 2005, while Oosthuizen beat out Lee Westwood at 16 under in 2010 and Johnson ended 15 under. All those players are in the field this week.

The course’s conditions will only add to the excitement this historic Open holds. The St. Andrews course is playing firm and fast, as players will be required to exercise precision to avoid all 112 bunkers on the course. Players must plot their way through the course by playing the angles and taking advantage of the property’s slopes and swales to get close to the hole.

Rory Mcllroy speaks on the firm fairways and projected forecast.

Many players are expressing concerns about the ability to overpower the course, however players will not be able to use brute strength with the way the course is playing.

If someone comes too close to the green, it could leave an awkward approach shot that doesn’t offer enough spin. The St. Andrews course will provide a challenge in keeping the ball in the fairway, therefore making it much more difficult to control the ball into the greens to get closer to the hole.

Mcllory discusses how players must play with caution around the greens.

After recording consecutive top 10 finishes in his three major tournament appearances thus far this year, many predict that McIlroy may finally break his eight-year wait for another major championship victory.

It has been 15 years since Mcllroy’s first ever appearance at The Open Championship as a low-ranked amateur. He enters the field for the 2022 Open Championship with a high level of confidence, showcasing some of the finest form of his career. The Northern Irish golfer will be looking to capture his second-ever Open Championship title when he returns to St. Andrews this weekend.

Mcllroy speaks on his confidence entering the Championship.

The 33-year old has 35 combined wins on the PGA and European Tours and three major championships. Mcllroy won the Open Championship in 2014 and finished third when it was held at St. Andrews in 2010.

Mcllroy is looking promising as he has been contending in majors on a regular basis. However, he suffers from inconsistent play which continues to cost him titles. One thing is for sure, Mcllroy is surely a promising contender to watch out for as he steps foot on the green this weekend.

Three Gators in the Field

Three former Gators will be competing in the 2022 Open Championship.

Surreal to be playing in the #The150thOpen at St Andrews! pic.twitter.com/K7km2UVtvc

Ellie is a third-year sports and media journalism major at the University of Florida.
@ellie_shreve
Previous Baker Mayfield Talks About New Situation in Carolina
Next Tiger Woods Eyes The Open Championship 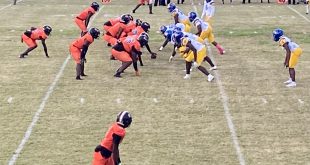