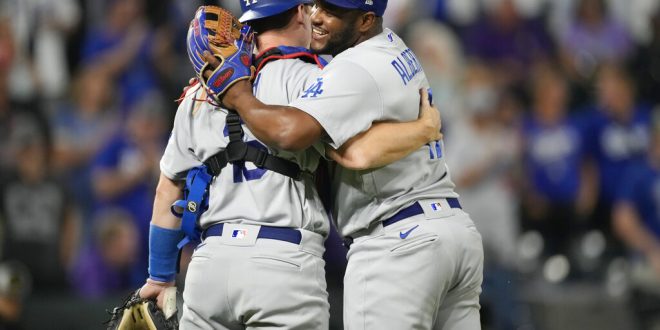 The National League is hot this weekend with tight divisional races. Teams are scrambling to make up as much ground as they can before the trade deadline on Aug. 2.

The East is in a grudge match for first place as the defending National League champs Atlanta Braves trail the New York Mets by only three games. The Mets had a 10.5 game lead on the braves going into June before the Braves went on their historic 14-game winning streak that month.

The Braves (59-41) host the Arizona Diamondbacks (45-53) this weekend in a three game series. The Diamondbacks are coming off of a three game sweep of the San Francisco Giants and will try to build on that momentum. On the other hand the Braves look to bounce back after losing two out of three against the Philadelphia Phillies. The will look to their heavy hitters in Austin Riley and Dansby Swanson to power them through this series.

The Mets (61-37) travel to face their division rival Miami Marlins (47-52) in another three game series. With the Mets sweeping a two game series against the Yankees this week they are in prime position to keep the momentum rolling this weekend. As the Marlins will look to use their star pitching to stay in the wild card race after this weekend.

The Milwaukee Brewers (55-44) currently hold the top spot in the Central but with the St. Luis Cardinals (52-47) only three games back, they must stay focused.

The Brewers will have to travel to Boston to play the Red Sox who have lost 7 of their last 10 games. The Red Sox will have to overcome the injuries to star players Rafael Devers and Trevor Story this weekend. However, the Brewers have won their last two games against the Minnesota Twins (52-46) scoring seven and ten runs in those games.

With Paul Goldschmidt having a career year, the St. Luis Cardinals go on the road to take on the Washington Nationals (34-66). This series could be a great opportunity for the Cardinals to close that gap even more from the Brewers and take advantage of the struggling Nationals.

The Los Angeles Dodgers (66-32) sit comfortably in first place in the NL as a whole and hold a 12-game lead over the division. The Dodgers have already started their four game series with the Colorado Rockies this weekend winning on Thursday 13-0. The Dodgers swept the Rockies in their last meeting at the beginning of July.

Coming into this weekend the San Diego Padres (55-45) have a two and a half game lead on the second wild card spot. They will take on the Twins this weekend at home with Blake Snell pitching in the first game. The Padres have lost their last two out of three games to the Detroit Tigers.