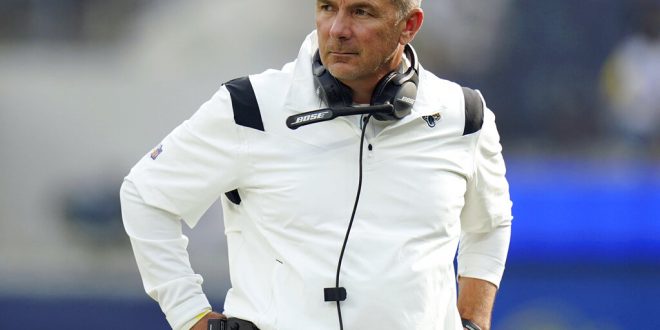 The Florida Gators open their season against the seventh ranked Utah Utes Saturday in the Swamp. This marks the debut of new Gators head coach Billy Napier, who looks to build something special in Gainesville. Urban Meyer, former head coach for the Gators and Ohio State Buckeyes, shared his thoughts on the Gators’ upcoming season.

The Florida Gators enter the season in a rebuild after hiring new head coach Billy Napier to lead the helm. Also, Florida has an influx of new talent and staff both on and off the field, bringing in its new recruiting class and transfers. Napier also made it adamant that its new staff made its impact on the program, bringing in top talent on both sides of the field.

Utah enters the game with high expectations, coming in ranked No. 7 in the nation. Coming off a strong 2021 season, reaching a spot in the Rose Bowl, the Utes look to continue where they left off. Standing strong in the Pac-12, Utah, under coach Kyle Whittingham, has the majority of his starters returning this season and hopes to reach a spot in the College Football Playoffs.

Meyer, who previously worked as the Jacksonville Jaguars head coach in the NFL, was recently hired to FOX Network’s college football kickoff show “Big Noon Kickoff.” In an interview on Sportscene with Steve Russell, Meyer shared his thoughts on the Utes and the program Whittingham has built:

With a sew season about to begin, Gators fans enter the season excited as ever. Ben Hill Griffin Stadium is notorious for its huge crowds and loud noise. Saturday’s game against Utah is no exception. With the game set to kickoff in the evening, many fans speculate the impact the crowd will have on how Utah performs.

Meyer had a different perspective. He said the humidity from the crowds will have an important impact on how the game is played.

The University of Florida announced that the all single-game tickets for the season-opener is sold out. Record numbers of crowds are to be suspected.

Additionally, Meyer had this to say on the fatigue factor and how the crowd will play into the Gators’ upcoming game against Utah:

Florida enters the year with a new look under head coach Billy Napier.

Meyer had multiple experiences coaching in college football, finding success with both Florida and Ohio State. Now, Urban Meyer serves as an analyst for FOX and gives his input on different team’s development. Speaking from his past experience, Meyer had this to say on Napier’s tenure at Florida thus far:

Meyer also noted that the SEC remains competitive and the Gators will have to find success in its tough matchups.

Kickoff for the Gators begins at 7 p.m. in Gainesville. For Urban Meyer, he said he looks forward to his time with the media as an analyst for FOX Sports.

Big Noon Kickoff show on FOX begins Thursday with Penn State at Purdue and continues the following week with Alabama at Texas.