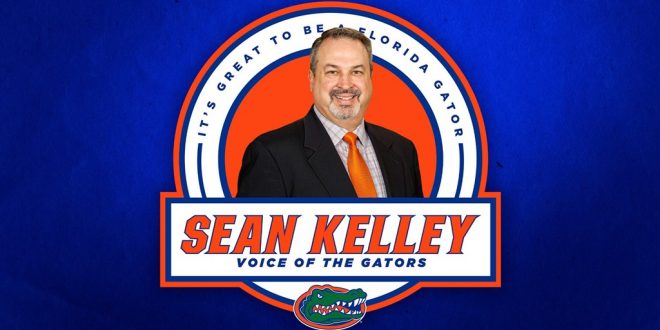 WUFT’s Chris Will spoke with the new voice of the Gators, Sean Kelley ahead of his first Gator football game.

Kelley spoke about his excitement to join the existing team of broadcasters at the University of Florida and to see the Gators coming out of the tunnel on Saturday.

Kelley looks forward to being a part of the Gainesville and UF community and hopes to be calling championship victories in the future.

Jensen Young is a journalism student at the University of Florida. He works as a sports writer for WRUF.com and is the voice of trendings on Wednesday mornings on the WRUF radio station.
@Jensen_Young9
Previous Oregon vs. Georgia Football Preview
Next High School Football Preview: Week 2