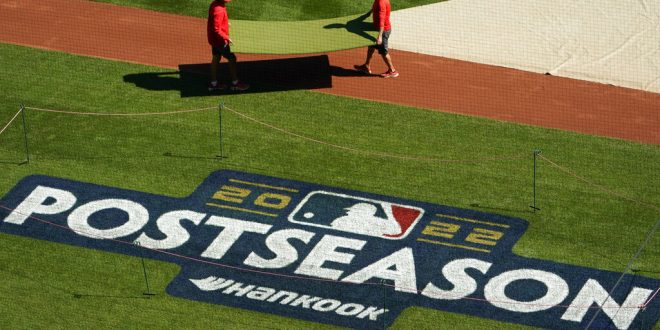 While the Los Angeles Dodgers and Atlanta Braves wait in the NLDS, two highly competitive National League Wild Card series begin on Friday. The Philadelphia Phillies will be traveling to St. Louis to take on the NL Central Champion Cardinals, and the San Diego Padres venture east for a date with the New York Mets.

It all begins Friday! #Postseason pic.twitter.com/Qqo8EDRVF8

This series poses an interesting offensive battle. Throughout the season, the Phillies have relied on big plays from their power bats to score runs. The Cardinals have been a bit more adept at manufacturing runs.

For Philadelphia, keep an eye on left fielder Kyle Schwarber for offensive production. He leads the NL in home runs with 46, so if he continues to hit the long ball, the Cardinals could be in trouble.

In the other dugout, all-star corner infielders Nolan Arenado and Paul Goldschmidt look to bring the one-two punch they’ve had all year against the Phillies. Goldschmidt is one of the most well-rounded hitters in the league, finishing in the top-five in home runs, RBIs and batting average.

Friday, Phillies RHP Zack Wheeler will be taking the mound to kick off the series against Cardinals LHP José Quintana. First pitch is scheduled for 2:07 p.m.

The Cardinals face the Phillies in the postseason for the first time since 2011 Game 5.

In one of the best pitching duels you’ll ever see, Chris Carpenter bested the late great Roy Halladay in a 1-0 shutout. #stlcards pic.twitter.com/PLiZD1VcaR

Despite totaling over 100 wins this season, the Mets fell to the No. 4 seed when they were overtaken by the Braves in the NL East. They will be looking to rebound against a well-rounded Padres team.

Each team has an obvious weapon to look out for at the plate. Mets fans hope former Gator Pete Alonso continues his hot hitting into the playoffs, while San Diego looks for timely hits from third baseman Manny Machado.

In game one, two talented right-handers take the mound. Yu Darvish for the Padres and Max Scherzer for the Mets face off in Queens. They hold the night game slot with first pitch coming at 8:07 p.m.

The winner of the Cardinals-Phillies series will be playing the Braves in the NLDS, and the winner of Mets-Padres takes on the Dodgers. With 111 wins, the Dodgers are certainly the favorite to emerge from the National League. But in playoff baseball, anything can happen. 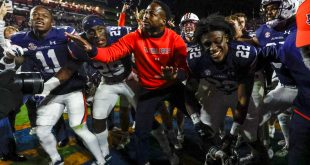