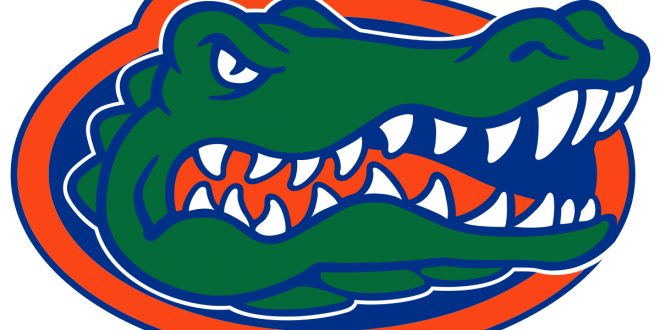 The Florida volleyball team defeated Arkansas in straight sets (25-20, 25-20, 25-21) on Saturday at the Stephen C. O’Connell Center. The Gators delivered their 10th sweep of the season to improve to 17-4 with an 9-2 record in conference play.

Arkansas engaged in errant plays for most of the match, allowing the Gators to expand their lead. However, Florida also had several offensive miscues, which fueled Razorback runs.

Despite the win, UF head coach Mary Wise said her young team could learn from these circumstances to clean up their game.

“It could easily have gone more than three (sets),” Wise said. “We just weren’t as clean as we’d like to be. But that’s part of the growing process. No team plays perfectly.”

Florida started the frame with a 3-0 lead thanks to a service run by freshman setter Alexis Stucky. The Razorbacks maintained the three-point deficit for most of the set until a string of attack errors widened the gap.

Both teams had been errant offensively, but most points leaned in the Gators’ favor. After the break, Florida built a 23-13 lead before the Razorbacks mounted a six-point scoring run.

With the lead cut at four and fresh off a timeout, the Gators closed the set with a kill from outside hitter Sofia Victoria and a double block by middle blocker Bre Kelley and outside hitter Marina Markova.

Ten of the first 11 points of the second frame came via errors.

Both teams struggled to pass the ball over the net, leading to a sloppy 8-5 start favoring the Gators. Following an Arkansas timeout, both squads cleaned their game, improving their attack effectiveness.

The Gators stayed on top despite a chasing effort by the Razorbacks, who threatened to spoil Florida’s set with a late run. With the score at 22-19, Arkansas committed two attacking errors to set up a set-winning kill by outside hitter Merritt Beason.

In the final set, the Gators controlled the tempo from the beginning, jumping to a comfortable 14-7 lead. During that run, Florida had five players with at least one kill and capitalized on several Razorbacks’ miscues.

Despite the deficit, Arkansas battled back and cut the lead to two with a 15-8 run. The Gators regrouped at a timeout, looking to stop the Razorbacks’ momentum.

The break proved effective as the Gators secured the match with kills by Markova and Beason.

Defensively, Kelley and middle blocker Gabbi Essix combined for seven blocks. As a unit, Florida held the Razorbacks to a poor .083 hitting percentage while boasting a .204 clip.

Both teams will meet again on Sunday at the O’Connell at noon. The match will stream on the SEC Network.