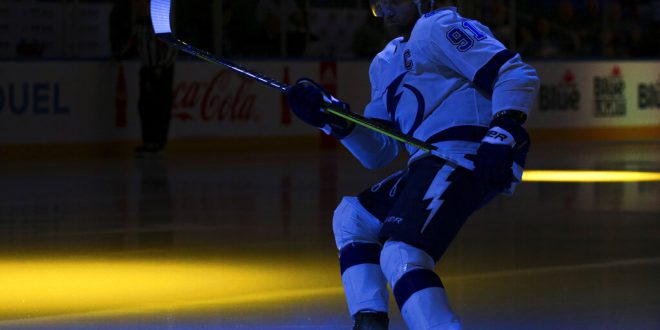 With 2022-2023 NHL season is in full swing, the state of Florida has begun to make a name for itself. Being home to two professional hockey teams, the Tampa Bay Lightning and Florida Panthers (Miami), Florida is finding itself in the top ten of the NHL Power Rankings.

With Tampa Bay Lightning being a solid team and the Stanley Cup Champions in 2020 and 2021, it is no surprise they linger in the top half of teams every season. However, with the newfound growth from the Panthers, they are new to this list and are looking to stay awhile.

While the Lightning will have to pick up their momentum if they want to battle their way into the finals – just as in the last two seasons – they are on a strong track to get there with one of the hottest offensive lineups of the season. With Stamkos, Hagel, Kucherov and Sergachev, the lineup is a head-spinner for opponents. The Lightning will play their next game tonight at 7 p.m. against the Boston Bruins Tuesday.

The Florida Panthers, based in Miami, are 10-8-3 on the season so far. Fluctuating between the top ten and top fifteen of the NHL Power Rankings, the Panthers sit in a much better spot than last season. With an Average Goal Difference of +.10 (15), an XGoal Difference of +1.14 (one) and a point percentage of .548 (15), it puts the Miami team a little above the middle of the pack for the NHL.

Reinhart and Forsling are significant factors when looking at goals and assists for the Panthers, whereas their weakness could fall into the lap of their goalie Sergei Bobrovsky. Their next game will be Tuesday at the Calgary Flames at 9 p.m.

A 2022-2023 sophomore at the University of Florida, Madison is studying Journalism, Sports and Media, with hopes to one day become a reporter and journalist. Madison graduated from IMG Academy in 2021, where she competed as a student-athlete running Track and Field. Madison loves all things sports and all things Gators!
@@madiwalkerr
Previous P.K. Yonge Falls to Trinity Catholic in Final Playoff Game, Finish Season 4-8
Next Deshaun Watson Back in Action after 700 Days Off