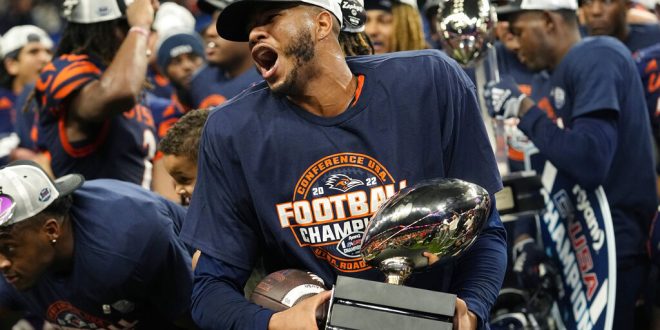 Quarterback at the University of Texas San Antonio Frank Harris said he will return to his college for his seventh and final year of play.

His 2023 season will be his last with the school and last total year of college eligibility. In his press conference interview, Harris said, “I think it was the best opportunity for me, for the program and for the city.”

“I prayed about it, I thought about it, I just think it was the best opportunity to come back for one more season.”

UTSA quarterback Frank Harris announces that he is returning to the Roadrunners for the 2023 season: "I just think it’s best for me to come back for one more season at UTSA and lead them into the AAC." pic.twitter.com/loqi3PbXdB

San Antonio expressed excitement to have Harris back as the quarterback has set thirty school records throughout his time and has made quite the footprint at the university. Prior to his announcement of return, Harris was named Conference USA’s Most Valuable Player. However, with UTSA moving to a more challenging conference, the American Athletic Conference, the roadrunners will be happy to take their MVP along the way.

For Harris and other athletes, NIL deals can persuade and secure their returns or moves to different universities. As for Harris, local advertising and marketing agency the PM Group created an NIL deal in October of 2022 called City Fans 210 that gathered $360,000 for NIL funding. NIL deals offer a contract to use the athletes name and image in return for compensation. As for Harris specifically, the Runners Rising Project and 210 are two organizations that support him and UTSA athletes directly.

Harris had smaller NIL contracts so, it is hard to argue the influence of the new deal on his return. His previous deals sat around $250-$500, whereas his contract for 2023 is “six figures,” with no exact amount stated. Harris, his team, coaches and San Antonio will have their shining star back for another season.

A 2022-2023 sophomore at the University of Florida, Madison is studying Journalism, Sports and Media, with hopes to one day become a reporter and journalist. Madison graduated from IMG Academy in 2021, where she competed as a student-athlete running Track and Field. Madison loves all things sports and all things Gators!
@@madiwalkerr
Previous Five Euro Countries Left in World Cup; Brazil Takes on Croatia
Next Brittney Griner Freed From Russian Custody 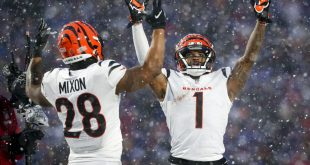 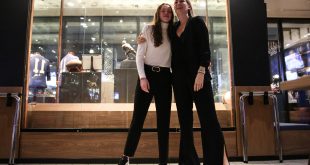