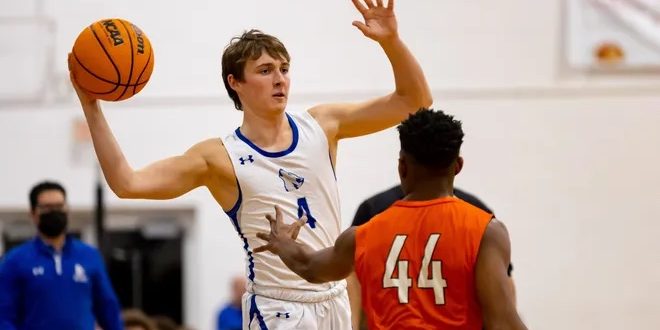 It was a thrilling night for Saint Francis’ basketball team. Coming off of a 10-point loss to Bell, the Wolves looked to change their luck in their next game. The Wolves had a 2-4 start to the season and needed to pick up a win to turn their season around. St. John Paul II came into the game with a 2-3 record so it was a good chance for the Wolves to capitalize and improve their record.

Close But Not Quite

The Panthers got out to a quick lead, being up 28-9 at one point in the 3rd quarter. The Wolves seemed to have no answer for St. John Paul’s shooting attack. Warner Lunt Jr., the Panthers’ shooting guard, scored 4 three-pointers in the game. Pulling off the comeback looked like an impossible task for the Wolves at such a late stage in the game.

Despite the score, senior duo Tyler Dey and Cole Reddig were able to light a spark for Saint Francis late in the second half. Dey was all over the floor, posting 15 points along with 8 rebounds and 6 assists. He was the heart of the team, even getting 3 steals and a block on the defensive side of the ball. Reddig coupled this performance with 12 points and 6 rebounds of his own. The Wolves were ultimately not able to bring the game back into their hands. Their efforts ended in a 44-45 defeat.

Reddig earned Saint Francis’ Player of the Week award after the game. The senior was the Wolves’ most consistent player over the course of the week and deservedly took home the honors.

Even with the loss, Saint Francis showed some flashes of the success they could achieve this season. If they can tap into the run they went on late in the game, they could be a dangerous threat to opponents going forward. Coach Walker will look to utilize his weapons to find success in the games to come.

The Saint Francis Lady Wolves improve to 5-3, winning 35-25 against the Union County Lady …