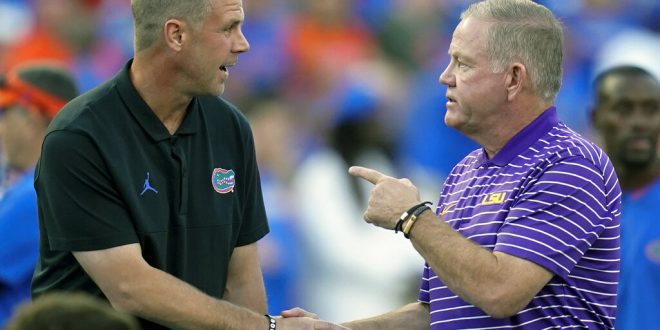 With the 2022-23 college football season coming to an anticlimactic ending, programs around the country are looking ahead toward next season. Concluding on Tuesday, points of emphasis during the 2023 American Football Coaches Association conference included tampering and transfer portal issues as well as possible changes. Since the introduction of NIL policies in July 2021, the tightrope that is tampering has become even thinner to walk on. However, lackluster surveillance of programs has paved the way for poaching to become a normality, hidden behind the curtains that are NIL deals.

Todd Berry, executive director of the AFCA, is going through a list of concerns about college football on the minds of head coaches after closed-door meeting at the convention in Charlotte.

The list is long, starting with the “chaos” created by transfers and pay-for-play NIL. pic.twitter.com/uqPLnzFPjL

Why Even Have Rules?

Over the course of the past few years, coaches have had to keep up with rule changes as well as new additions. Programs seeping through the lines of these changes are hurting those that abide by them. According to AFCA executive director Todd Berry, coaches agree that severe punishments are acceptable for programs caught attempting to poach. However, it is too hard to prove tampering is happening in the first place. Skepticism surrounding this issue has coaches wondering why these rules are even there in the first place.

Chaos Across the Board

Tampering and NIL issues are only part of what was discussed at the conference. Another topic of discussion was changing the early signing period. Currently, signing day takes place in December. This interferes with bowl game preparations as well as transfer portal moves that occur at the same time.

Some coaches were open to the possibility of an open signing period, allowing high school athletes to sign to programs at any time. Finding a balance is important not only for coaches, but for athletes, as well.

No Answer for NIL Issues…Yet

The addition of NIL policies has changed the nature of college athletics. Two approaches include a traditional side and a business side with college athletics. The disagreements between these approaches make finding answers to major transfer portal and NIL issues hard to find. No major solution has been brought to the table.

The world of college sports changed drastically on July 1, 2021. On this day, state …