The introduction of the transfer portal in 2018 forever changed the collegiate sports landscape, a phenomenon Florida knows all too well.

From how schools create rosters to how players plan their careers, the promise of a fresh start has sparked a new change to the dynamic transfer portal.

While players going into the portal for the first time will still receive immediate eligibility at their next school, second-time transfers will see their eligibility affected.

The NCAA Division I Council approved legislation on Wednesday to restrict waivers for repeat transfers. Starting with the 2023–24 season, undergraduate players who transfer will be subject to strict guidelines in order to be eligible for immediate playing time; otherwise, they risk missing a season between transfers.

First, if a player’s physical or mental health issue caused them to transfer from a school, they may be eligible right away. The NCAA will now take into account “exigent circumstances” like sexual assault or abuse that can cause a player to leave an institution. Academic considerations or playing time will not be taken into account.

The new regulations are an effort to control the growth in player usage of the transfer portal since its introduction four years ago. In the first transfer window following the 2022 regular season, nearly 2,000 players from the FBS alone entered the portal. At least 120 quarterbacks alone have transferred, including a few who decided against entering the 2023 NFL Draft in favor of fresh starts in college.

The future of the transfer portal

While the new rule only applies to undergraduates, its implications will change the portal as much as the portal has changed football since its inception. 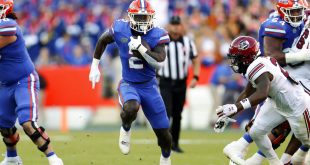