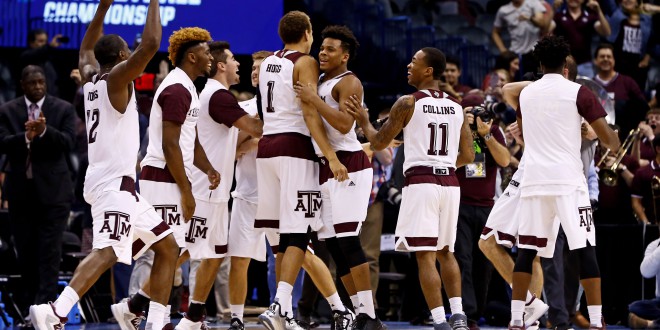 The first weekend of the 2016 NCAA Tournament is officially over. The West Region consisted of stellar individual performances, epic comebacks and teams winning their first ever NCAA Tournament game.

Oregon, the No. 1 seed in the West, easily took care of Holy Cross in the first round 91-52 and then won a hard-fought battle against St. Joseph’s in the second round by a score of 69-64 to reach 30 wins which is tied for a school record.

Yale defeated Baylor in the first round 79-75 to win their first NCAA Tournament game in school history. Sophomore guard Makai Mason was easily the best player on the floor as he led all players with 31 points on 50 percent shooting and made all 11 of his free throws. In the second round against Duke, Yale was down 48-25 in the first half. They nearly made an improbable comeback after outscoring Duke 39-23 in the second half. The Blue Devils were able to stay alive and ultimately won the game 71-64 behind Grayson Allen and Brandon Ingram who combined for 54 points.

Buddy Hield put on a show for the Oklahoma Sooners in the second round against VCU. After only scoring seven points in the first half, Hield willed his team to victory with 29 points in the second half as the Sooners defeated the Rams 85-81. His 36-point performance was the 13th 30-point game of his career, tying Houston Rockets forward Michael Beasley for the most in Big-12 history.

The Texas A&M Aggies made arguably the greatest comeback in NCAA Tournament history. Down by 12 with less than a minute to play in the second round against UNI, the Aggies outscored the Panthers 14-2 down the stretch to tie the game. In the second overtime, Texas A&M won the game 92-88. The improbable victory left Aggies head coach Billy Kennedy completely shocked.

ICYMI, Texas A&M's rally from 12 down w/less than 1:00 to play is the largest last-minute deficit overcome to win in college hoops history.

In the regional semifinals, Oregon will take on Duke while Oklahoma will take on Texas A&M. Both games are set to be played on Thursday.