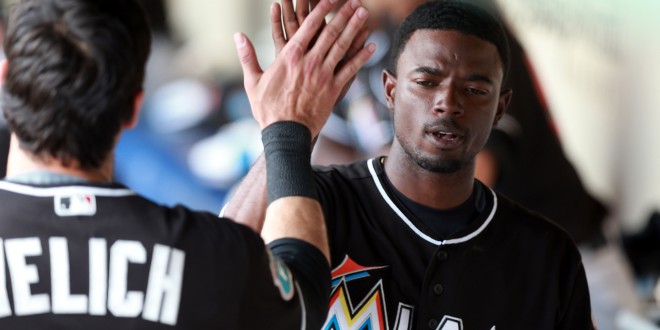 The Miami Marlins opened their season at home Tuesday night against the Detroit Tigers.  The game went into extra innings, with the Tigers ultimately winning 8-7.

Wei-Yin Chen started on the mound for the Marlins over Jose Fernandez.  The decision to start Chen may not have been Mattingly’s best move.  The free agent lasted only five innings.  He allowed five runs on nine hits, and only recorded three strikeouts.

Fernandez will make the start Wednesday night.  The right-hander has yet to record a loss at Marlins Park.

The Marlins golden child, 2nd baseman Dee Gordon, managed three doubles and a triple on the night.  The first hitter in the batting order went .500 in his 6 at bats, recording 1 RBI and scoring 2 runs.

Mattingly is happy with how Gordon is playing.

Tigers pitcher Anibal Sanchez will take the mound tonight.  This will be his first start since a rough 2015 season, in which he allowed a 4.99 ERA and 4.73 FIP in 157 innings.

@amandagolf59
Previous 2016 Masters: Lead Up to Tee Off
Next Golden State Warriors lose to Minnesota