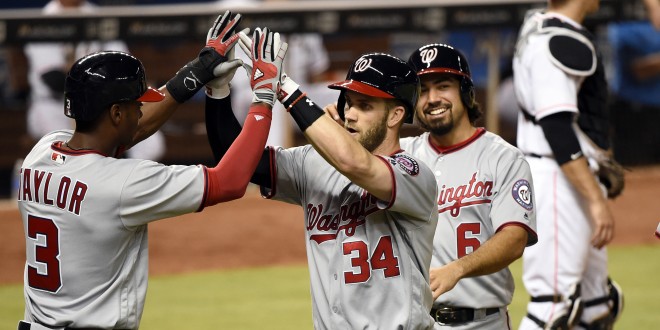 Nationals Get Revenge on Marlins, Win 7-0

There was a big win last night, but it wasn’t by the Marlins.

The Nationals bounced back after Monday night’s loss to dismantle the Marlins 7-0.

What makes the night better for the Nationals and worse for the Marlins? All seven runs by the Nationals came in just one inning.

Up until the top of the seventh inning, neither team was on the board. But Jayson Werth and Wilson Ramos changed that after hitting back to back homers and Bryce Harper put an exclamation point on the inning with his second career grand slam homer.

Ryan Zimmerman ended the scoring with a homer of his own, his first of the season.