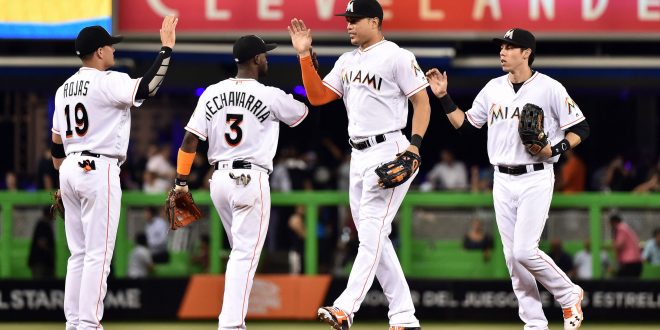 The Miami Marlins end their home series against the Pittsburgh Pirates Thursday night. The Marlins currently lead the series 2-1.

After starting off with a blowout loss against the Pirates, the Marlins look to end this series with three straight wins. For the Marlin’s, Wei -Yen Chen is scheduled to start on the mound tonight. He will be opposed by Juan Nicasio for the Pirates. Nicasio is 1-2 with a 6.75 ERA in his last four starts. Nicasio is 0-1 against Miami with a 4.11 ERA in six career appearances that include two starts. Chen’s last start against the Pirates was in 2012 where he went 6 1/3 innings and allowed eight hits and four runs.

The Marlins come off of a 3-2 win over the Pirates Wednesday night in Miami. Adam Conley pitched six shutout innings and only gave up two hits. Conley definitely felt that his rhythm and timing was a lot better for this game.

The highlight of the game was when Adeiny Hechavarria’s came through to hit a tie-breaking RBI double in the bottom of the eighth inning to send Miami to a 3-2 win. It was a line-drive double to center field off Tony Watson to score Miguel Rojas.

A.J. Ramos closed out the game by picking up his 17th save of the season which is one shy of the Marlin’s longest streak to start a season.

The Marlins close up their series tonight at Marlins Park at 7:10 p.m.

Previous Do the Sharks Still Have Some Bite with the Series Moving to San Jose?
Next 2017 NFL Pro Bowl Set to Take Place In Orlando Florida 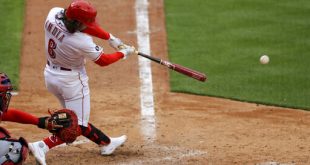