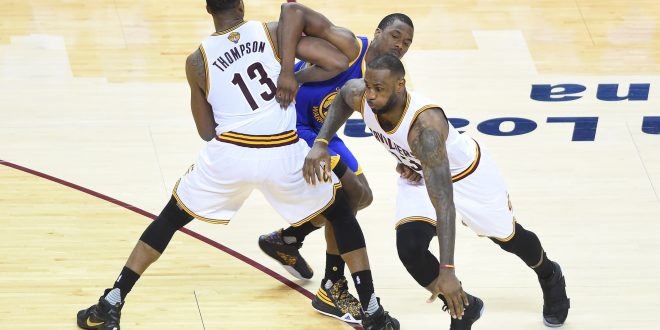 After back-to-back losses, it looked like the Cleveland Cavaliers were done. The Cavs had lost by over 10 points to the Golden State Warriors in the first two games of the NBA Finals, and there didn’t seem any hope of coming back. But, the Cavaliers began clicking in Game 3 and blew out the Warriors by 30 points. They will be looking to continue that momentum tonight when they host the Warriors in Game 4 with a chance to tie the series.

If the Cavs want to win tonight, LeBron James and Kyrie Irving need to have another performance like they did in Game 3. James led the team with 32 points, 11 rebounds and six assists, and Irving had 30 points, four rebounds and eight assists.

Cleveland held the Warriors, the team that currently leads the NBA in postseason points per game, to 27.3 percent shooting from beyond the arc and to just a 42.1 field goal percentage in the entire game.

None of Golden State’s players scored over 20 points.

However, Warriors’ forward Draymond Green said the poor shooting percentage was not the reason why they lost. He said they played too soft against the Cavs. Green played 36 minutes and scored just six points Wednesday night.

.@StephenCurry30 on what went wrong: pic.twitter.com/H2uPMsAqTz

Junior telecommunication student at the University of Florida. Passionate about all things related to sports.
@@EllenBazley
Previous Five Gators Selected On the First Night of the MLB Draft
Next NCAA Baseball: Super Regionals Get Underway