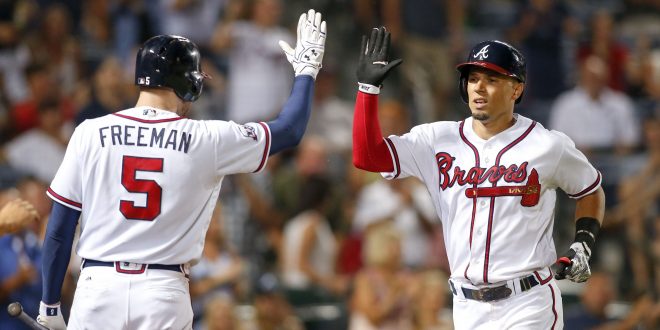 Marlins, Rays and Braves Look To Jump Back After Tuesday Night Losses

The Miami Marlins, Tampa Bay Rays and Atlanta Braves all are trying to get back on the winning track today after losing their games last night.

The Marlins lost 7-5 to the Detroit Tigers.  A seven run fifth inning was the downfall for Miami as the Tigers hit three home runs in the inning.  Marlins starter Adam Conley (4-5) was good for the first four innings before being chased in the big fifth inning.

Starting today for the Marlins will be Tom Koehler and for the Tigers it will be Daniel Norris who spent the beginning of the season on the disabled list before heading to the minors to rehab.  He will make his second start of the season today.

The Tampa Bay Rays also had a rocky night losing to the Boston Red Sox 8-2. Rick Porcello pitched six innings for the Red Sox, while Travis Shaw homered and drove in five runs for the third time this season to beat the Rays. Shaw had a solo homer, a two-run double and a two-run single. As for David Ortiz, he continued to climb the career RBI list with a third-inning double.

Game three of the series will be today at 12:10 p.m. where Matt Moore and David Price will go head-to-head as the Rays host the Red Sox.

As for the Atlanta Braves, they have just run into a red hot team.   The Braves lost 5-3 to the Cleveland Indians who have now won 11 games in a row.  The Indians scored three runs in the ninth inning to seal the win.  Braves second baseman Jace Peterson says Indians starter Trevor Bauer kept their hitters off balance on Tuesday.

The two teams will play again tonight in Atlanta.