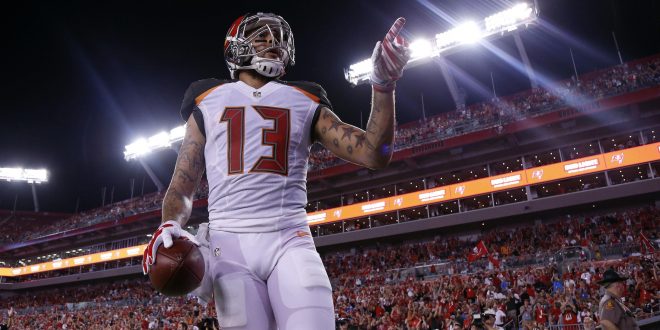 Redskins Bucs Preseason Game Moved Up Because of Impending Storm

With tropical depression nine predicted to be in the Tampa Bay area on Thursday, the Buccaneers will host their preseason finale against the Redskins a day early. NFL made the decision on Monday due to the safety of the teams and fans. With experts saying the tropical depression will come with heavy rain, 20 mph winds, and rainfall about one to two inches, its safe to say the NFL made a good call. The date change isn’t exactly convenient for either team as it means less preparation but it is better than the alternative—a canceled game. For the young players that would have been a tough pill to swallow. Both teams will probably devote most of the playing time to the players who are battling it out for a job. This sudden change brought both teams to make sure the final practices before tonight’ game will be the final audition before roster cuts.  The rosters are currently at 75 players and the final rosters need to be 53 players by 4 p.m. on Saturday and this decision will determine the outcome of the 2016 season.

Buccaneers Head Coach Dirk, Koetter, says the goal for this game is for all the young players to play a majority of the game. With a week-and-a-half until their first season game, roster cuts this weekend, the pressure is on for the Buccaneers team. Koetter will be looking at this game to make a decision on who will be cut. The first battle is for the No. 5 wide receiver. 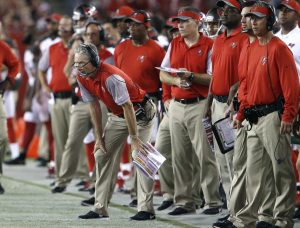 With Donteea Dye waived due to his hamstring injury, three top contenders are from the 2015 draft, Kenny Bell, Evan Spencer, and Bernard Reedy. All are great contenders and had a great preseason with Reedy getting three catches for 44 yards, Spencer two for 27, and Bell one for nine. Another factor is that the Buccaneers have such a young offense linemen. Aside from veterans C Evan Smith and T Gosder Cherilus, the young players will be playing this game while the veterans take a break. The group included undrafted rookie Leonard Wester, second-team left tackle throughout the camp, Caleb Benenouch, who has missed three weeks due to an ankle injury, and Josh Allen, who started as a guard on Friday its up to them to see if they will get the eighth or ninth offensive line spots.  Koetter says he is planning on keeping all of this three quarterbacks in the roster.

For the Redskins, the team is in the same boat as the Buccaneers, making sure there younger players play the majority of the game. For this game all eyes are going to Nate Sudfield, the rookie quarterback who will get his first start and will play the full game, a perfect opportunity to prove why he deserves a spot on the roster. 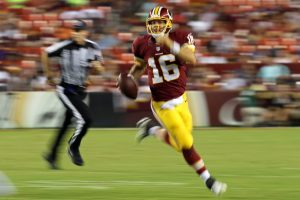 With Kirk Cousins, likely not to make the trip and Colt McCoy only around for emergency, Sudfield’s performance will play a major role in the team’s deciding factor if it wants a third quarterback on the roster.

This week the Redskins cut veteran lineman Perry Ricky Jr.  and defensive end Stephen Paea on Tuesday. To take their place the team signed defensive end Cullen Jenkins and linebacker Terrance Garvin who will most likely play in Wednesday’s game. Linebacker, Su’a Cravens, was a strong contributor in the preseason and training camp will be on the field a lot, especially when the games start to matter.

Both Washington and Tampa Bay are both 2-1 after their first three weeks of preseason.

A large portion of the Redskins team won’t even make the trip down from D.C to Florida for the fourth and final preseason game.

Hello my name is Kaitlin Alexander, a passionate story teller and lover of sports. Fun facts about me: I am a world traveler, interviewed all three UF Heisman Trophy winners, and a former intern of Bleacher Report. Follow me on Twitter: KalexanderUF
@KalexanderUF
Previous Gators Preparing for Minutemen
Next Rays Look to Finish Off Series Strong Against Red Sox