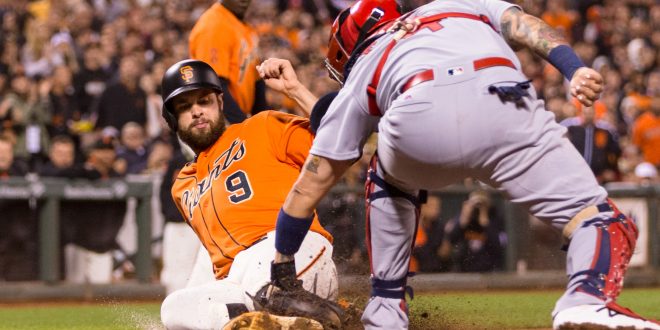 Wild Card Race Coming Down to the Wire

As we approach the end of the 162-game regular season in the MLB, the Wild Card race continues to heat up.

After rookie pitcher Alex Reyes and the St. Louis Cardinals shut out the San Francisco Giants 3-0 Sunday night, the Cardinals pulled themselves within one game of the second spot for the National League Wild Card race. Second place is held by the Giants. Meanwhile, the New York Mets notched the seventh win in their last ten games, taking control of the number one spot.

The next teams on the outside looking in are the Miami Marlins and the Pittsburgh Pirates. The Marlins and Pirates find themselves five games back from the second place qualifier.

Looking ahead, the Marlins have a three-game series against the Mets next week as they make their final push toward a spot in the Wild Card game.

The Pirates will also have one last chance to catapult into the Wild Card conversation, playing a three-game series against the Cardinals to conclude the regular season.

Transitioning to the American League Wild Card race, things are a little closer than the National League. With the Baltimore Orioles and the Toronto Blue Jays occupying the one and two spot of the Wild Card, the Detroit Tigers and Seattle Mariners are two games back from qualifying for the second spot. The Tigers have struggled recently, winning just four of their last ten games. Conversely, the Mariners are 8-2 in their last ten games, making an impressive push for playoff contention.

The Houston Astros’ most recent loss to the Mariners made them three games back in the race, but they will fight to climb back into the Wild Card as they have another series against the Mariners next week.

Teams with an outside chance are the New York Yankees (four games back) and the Kansas City Royals (five games back).