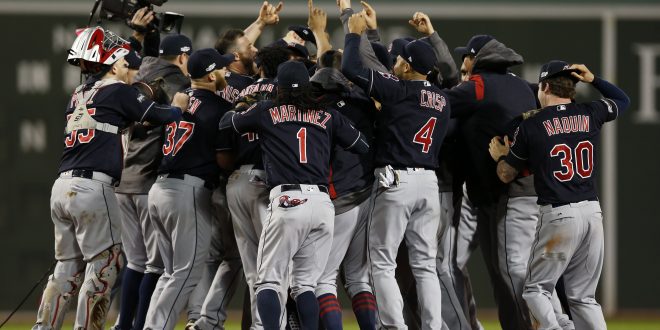 David Ortiz laced up his cleats for the last time on Monday night, as his Boston Red Sox hosted the Cleveland Indians in Game 3 of the American League Division Series.

Down 2-0 in the series, and facing elimination, Boston fell to Cleveland 4-3, ending their 2016 season.

More importantly, ending the historic career of David Ortiz. Sean McKenna went into detail about what it means to say goodbye to an icon.

After three scoreless frames for both sides, Cleveland’s Tyler Naquin knocked in two with a single in the fourth inning.

The ageless Coco Crisp, in his 15th season, hit a two-run home run in the sixth to make it 4-1. Crisp, who started his career with Cleveland, was with Boston for their World Series championship in 2007.

Another former Red Sox player, Mike Napoli, who won a championship in Boston in 2013, commended the fans and said the win was bittersweet.

David Ortiz walked and represented the tying run in the eighth; he was pinch run for and received a standing ovation from the Fenway faithful, 39,530 – the largest at Fenway Park since at least World War II.

The pinch runner Marco Hernandez was stranded at second and Cody Allen shut the door in the ninth; A Toronto-Cleveland ALCS is now official.

Ortiz congratulated the Indians, and mentioned that his team just wasn’t the best team this series.

In seven games this season, Cleveland went 4-3 against the wild-card Blue Jays. Toronto swept AL West champion Texas to reach the ALCS for the second straight year. The first game is Friday, Oct.14 at 8 p.m.

After three World Series, more clutch homers than fingers, and a Boston Strong speech that will go down in history, David Ortiz’s career is over, but his legacy, and possibly his number 34, won’t be forgotten.