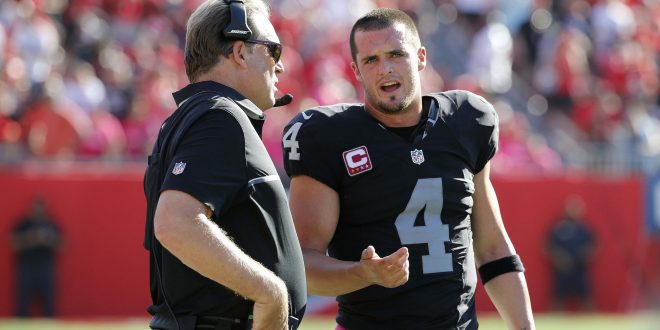 As the NFL crosses the midpoint of the season, the playoff races are starting to take shape. Divisional match-ups begin to dictate which teams will stay at the bottom and which will rise up. This week, there will be key games that will determine which teams are the front-runners for playoff bids. Here are some of the most impactful games of the weekend:

Ben Roethlisberger has been limited in practice all week, without clear indication that the franchise quarterback will be 100 percent for Sunday’s game. Despite the uncertainty, Ravens’ linebacker Terrell Suggs says the team is preparing for a fully-loaded Steelers’ offense.

This game has more importance for the Ravens than it does for the Steelers. If Baltimore lost, the Ravens would have dropped five straight after starting the season 3-0. With a 3-5 record, it will be unlikely that Baltimore will have a chance for a playoff spot. However, despite the downturn, a victory in this game will give either team sole possession of first place in the AFC North.

Roethlisberger and the Steelers will be back at full strength at some point, whether it’s this week or later. So the Ravens will need to steal as many W’s as possible to keep hopes alive for a playoff spot.

Want to find out who’s the best team in the NFC East after Dallas? The rookie stud versus the two-time Super Bowl champion, veteran quarterback.

In all seriousness, the winner of this NFC match-up will set a precedent on how good these teams really are. Were the Eagles a flame that’s starting to burn out (they’re 1-3 after starting off 3-0)? Are the Giants a threat to the NFC once again?

If you believe in superstitions, the mojo will be on New York’s side. As Odell Beckham Jr. reminded us, his birthday is on Saturday, November 5th. There probably wouldn’t be a better birthday present for OBJ than beating the Eagles. After all, the Giants haven’t beaten their rivals since OBJ got drafted in 2014.

The marquee game of the week will be the Sunday night game between these top two teams of the NFC West. Not only will the winner take over first place in the division, but they will also have the second-best record in the AFC.

Just as important as a win would be for each team, the perception around each organization will be altered depending on the outcome. If the Raiders win, people would talk about Derek Carr proving that he is an elite quarterback and how the team is ready for a Super Bowl push. If not, the perception would be that the Raiders are ‘just not quite there yet.” Now, if the Broncos win, they will prove to everyone that it’s still Denver and the Patriots above everyone else in the AFC. A loss would cause people to question the direction of the team moving forward.

The drop in the ratings has been a large criticism for the NFL this season. With many playoff-defining games on Sunday’s slate, the games need to produce the excitement for the fans. Another weekend of lackluster performances will leave questions as to how much lower the ratings will drop by the time the playoffs roll around.