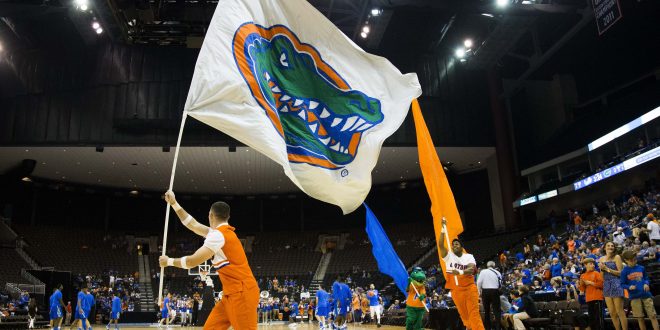 After coming off two hot wins against South Alabama and Chattanooga to start the season, the Florida Women’s basketball team makes their way to Patriot Gym in Ocala to take on the Temple Owls this Saturday.

Both Florida and Temple currently stand 2-0 on the season. The Gators lead the all-time series vs. Temple, 5-2. However, in their last meeting, the Owls won 97-91 in Philadelphia. The Owls are the preseason favorite to finish second in the American Athletic Conference behind four-time defending NCAA champion UConn. The Gators were picked to finish fourth in the SEC.

Florida’s possible starting line up for this Saturday’s match-up has some notable standouts. Forward Ronni Williams who has 14 double-doubles in career and 923 career points. Forward Haley Lorenzen who has scored in every game of career, and guard Eleanna Christinaki who led the team in the Chattanooga game with a career high 29 points, also figure to play big roles.

Head Coach Amanda Butler says she is very happy with how the team is playing and how Williams, Lorenzen, and Christinaki are putting up double digits. The other members of the possible starting line up include Dyandria Anderson and Delicia Washington.

Previous SEC Preview: Arkansas on the Road Against Mississippi State
Next Florida Faces LSU with SEC East On the Line