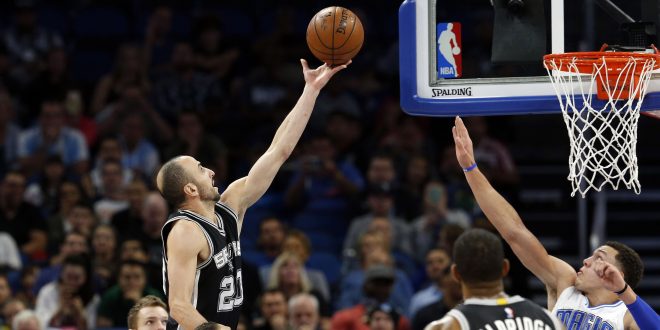 The Orlando Magic fell to 21-37 for the season after losing to the San Antonio Spurs, 107-79. Meanwhile, the Spurs are heading into the All-Star break with a victory and an NBA second best, 43-13 record.

This loss becomes the fifth in the Magic’s last six games now. The Spurs on the other hand have won four of their last five games and are riding a two game winning streak.

The Magic’s only stand out player was Nikola Vucevic, who led the team in scoring and rebounds with 16 points and 10 boards. He also had one block in the game, but contributed to three turnovers. Leading the Magic in assists was Evan Fournier who only had five and had a team high 4 turnovers.

For the Spurs it was a more cumulative effort with two players scoring 20 or more points and four scoring in double figures.

Dewayne Dedmon took care of the boards for the Spurs, grabbing 11 and rejecting one shot. He was also the only Spur to finish the game with a double-double, adding 10 points to his stat sheet.

Kawhi Leonard was another player to score more than 20 with a total of 22 points, and adding two steals.

Leading the Spurs in assists was Tony Parker who dished out eight passes and added two steals.

Manu Ginobli didn’t stand out on the stat sheet, but made an impressive no look pass to Kawhi Leomard, to add to his total of two assists for the night.

Besides being tied in the beginning of the game, the Spurs led the whole game and had as much of a lead as 30 points. The longest run they had was an 11-0 run.

The only category the Magic lead in were turnovers with 17 as opposed to the Spurs 12.

The Magic next play the Portland Trailblazers on Thursday, February 23, 2017. The Spurs are back on the court next Friday as they travel to Los Angeles to play the Clippers.