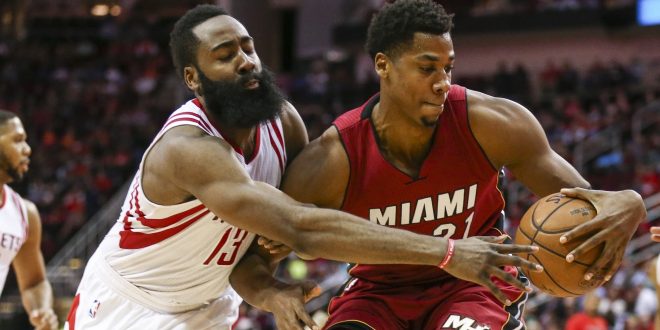 Miami Comes Out on Top Against Houston

Last night’s game came down to who wanted it more, as the Miami Heat beat the Houston Rockets 117-109. After coming from a two-game losing streak, the Heat needed this road win.

Center Hassan Whiteside helped his team immensely from both ends of the court. Whiteside had 23 points, 14 rebounds and five blocks. With the 2017 NBA All-Star game just around the corner, Whiteside talks about not making the team for the Eastern Conference.

As a team, the Heat shot 13 of 35 three-pointers compared to Houston’s 13 of 40. Whiteside said his team worked together and did well finishing the first half of their season, winning 14 of their last 16 games.

"Houston is a good team. This was a huge win for us." – @Goran_Dragic

For Houston, the Rockets were never able to gain the lead; this was the first time all season Houston never held the lead in a game. However, Houston’s shooting guard, James Harden, had his 15th triple-double of the season with 38 points, 12 assists and 12 rebounds.

Miami’s Dion Waiters said they gave James Harden what he wanted, but limited the other players.

The Miami Heat will take on the Atlanta Hawks in their first game after the All-Star break on Feb. 24.  Houston also won’t play till after the break; they’ll take on the New Orleans Pelicans on Feb. 23.