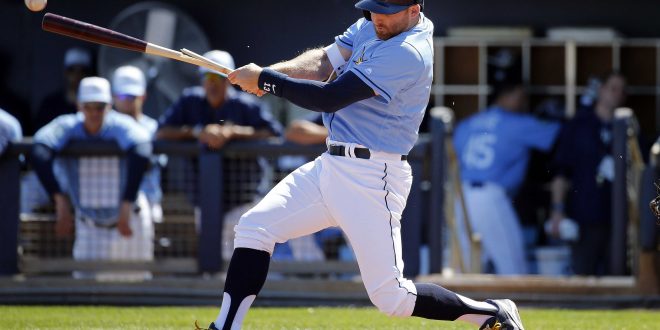 Although it is only Spring training, the Tampa Bay Rays are off to a good start to say the least. Since it is Spring Training, the results of these games do not usually matter, but they can set up for what is expected in the regular season. The team begins the spring season with a record-breaking win and a near-miss at a historical zero.

The team had the most hits in a spring game since 2008 and was one shy away from a regular-season record.

Jake Bauers or as they call him “Light Tower Bauers” doubled, then proceeded to hit a pitch over the right field concourse for a grand slam. Nick Franklin, Cade Gotta, Rickie Weeks, and Curt Casali also homered.

Pitcher, Alex Cobb threw two scoreless in his spring debut striking out two of the six. Cobb was one of five pitchers to hold the Twins scoreless before Benji Gonzalez managed to hit a single in the 8th inning.

With spring training, comes the start of the battle to make the 25-man opening roster. With the majority of positions already filled there are a number of players hopeful to make the cut. These spots will likely be filled by who performs best in the outfield, bullpen, catcher, and utility role.

We posted spring records in runs, hits, and margin of victory, while our hurlers were perfect through seven.

The Rays take on the Philadelphia Phillies today at 1PM in Port Charlotte. This will be the team’s 6th game of their 34-game spring schedule.  MLB.com will have the feed for the game.

It’s now or never for the Tampa Bay Rays. The team finds itself on the …