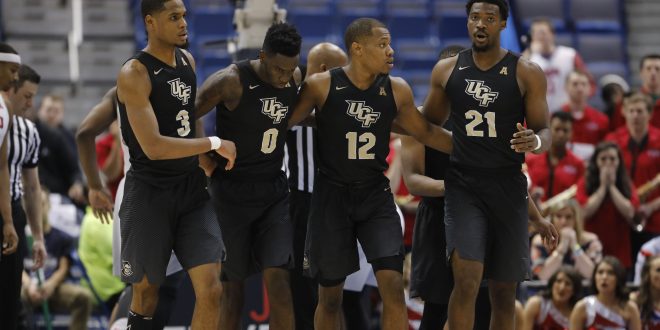 UCF Knights Hit the Road for Round Two of NIT

The UCF Knights men’s basketball team is back in action for the National Invitation Tournament.

The Knights face the Illinois State Redbirds in the second round of the tournament.

Get up it's GAMEDAY! We're ready for the Redbirds in Round 2️⃣ of the NIT. #ChargeOn pic.twitter.com/vMfxMT7TBA

UCF basketball faces the Illinois State Redbirds in the second round of the tournament.

Knights Advance to Round Two

UCF advances to round two of the NIT after a 79-74 win against Colorado in the opening game. After a close game at home, they take no time to rest and look ahead to their next challenge. This victory brings UCF basketball head coach Johnny Dawkins‘ NIT coaching record to 10-1 all-time. First thing first, he’s looking to extend that record to 11.

One key player in this victory is sophomore guard B.J. Taylor, who is responsible for 26 points, and going 7-13 in field goals during the game. The guard also netted in four assists and three rebounds while going 7-12 in free throws. He would spend 38 minutes of play during the game.

Another key cog for the machine in this game is the junior guard  A.J. Davis. In his 35 minutes of play, he would be responsible for 17 of UCF’s points while recording a team-high eight rebounds in the game on Mar. 15. These two men, along with a collective team effort on all fronts, are looking to once again mesh together on Monday night.

One player who is looking for success at his old school is senior forward Nick Banyard. After transferring to UCF in the 2016-17 season, he is looking forward to playing in the place he once called home. The team is looking to Banyon to provide insight on the team he once played for in an attempt to devise a strategy for victory against the Redbirds.

Banyon will happily oblige, although he believes that preparing the way they have all season will be just as important as gaining inside knowledge against their opponents.

The win in round one may be a reason to celebrate for most, but not for Dawkins. He sees the post-game prep as business as usual. He has the team laser focused on going into round two against Illinois State.

First, he looks to prepare for this game the same way they’ve prepared all season. He believes that this is what is important for continued success in the NIT’s second round of play. He believes that Illinois State is a well-coached team and that they would not be 27-6 without being coached the right way.

Dawkins’ strategy, the collective team effort and Banyard’s insight appears to be the recipe that the Knights are looking to in this game. One thing is for certain: the team is focused on this game and advancing through the tournament to represent Orlando.

The second round tilt between no. 4-seed UCF and no. 1-seed Illinois State takes place on Monday night at 7:00 p.m. The winner of this battle looks at the winner of Illinois/Boise State in the quarterfinal round of the tournament.