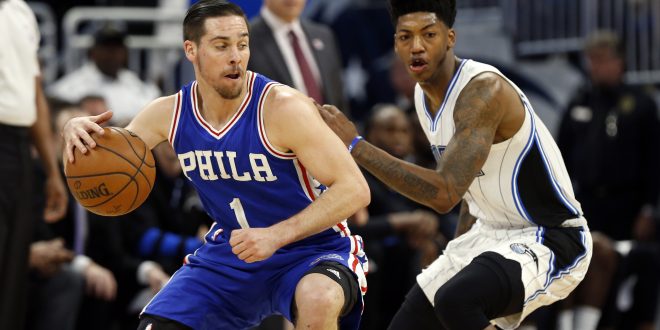 With only eleven games left this regular season and a 26-45 record, the Magic have no chance for a winning season. Even though a losing season is a definite, that doesn’t deter Orlando from trying to get a win.

And that’s exactly what the Magic did Monday night when they defeated the Philadelphia 76ers (26-44) for the third time.

From there-on-out, both teams kept it close until the very last second which resulted in Orlando’s third overtime this season.

Unlike the first three quarters of Monday night’s game, the Magic established a lead early on in overtime and kept it the whole way through. This was the first step to the team finding the consistency that Aaron Gordon says he and his teammates need to establish to excel.

Orlando’s Nicola Vucevic led both teams in points with 26 in his 36 minutes on the court. Vucevic also went up for 13 rebounds, tying for the most rebounds from Magic players with guard Elfrid Payton. Philadelphia center Richaun Holmes had the most rebounds of both teams, with 14.

Philadelphia guard T.J. McConnell helped his team out with 11 assists, the most of any player Monday night. Orlando, on the other hand, could probably find room to improve. Aaron Gordon and Elfrid Payton tied for the most assists of any Magic players, with 4 a piece.

Where the Magic fell in the assists department, they soared in free throw shooting. Orlando made 22 of their 24 shots from behind the line, recording for 91.7%. Of the 46 times the 76ers were called to the line, Philadelphia only made 82.6% of those free throws. The Magic shot for 37.6%, which is a little less than Philadelphia’s 38.2%

Despite the 2016-2017 season being a losing one, the Magic are still looking to develop. Orlando still has eleven games left in the regular season to learn what works best for them for the next season.

Magic forward Terrence Ross says he and his teammates are looking to finish strong in hopes of setting a mood for the next season.

Up next, the Magic play the Charlotte Hornets (31-39). The two teams have met three times this season, all which resulted in a loss for the Magic.

Both teams take the court in Orlando Wednesday night at 7.