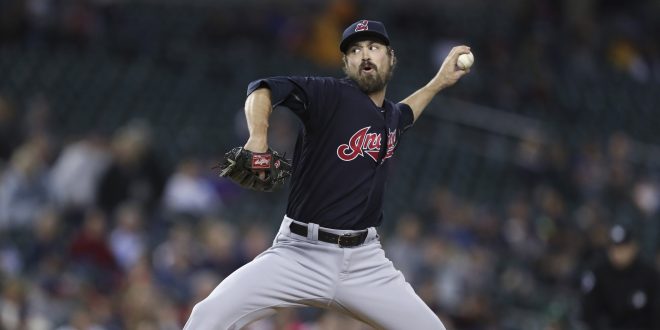 Spring training has come to an end and Opening Day for the MLB is just around the corner. Will the Cleveland Indians of the AL Central make it to the World Series again in 2017? Or will the Detroit Tigers show no mercy and give the Indians a run for their money? Here is a preview of the 2017 AL Central…

As most of us remember, the Cleveland Indians had a superb season last year. They finished with a well-over .500 season and lost to the Chicago Cubs in a heart-breaking 4-3 series after going ahead 3-1. Although the Cubs were favorites, the Indians showed that they could compete and almost stunned a stacked Chicago team.

This year, the Indians have a chance of doing that same thing. Cleveland made big changes by trading Mike Napoli for Edwin Encarnacion. Encarnciaon has averaged 39 homers a season since 2012 and could have a large impact when the Indians are at bat. They are expecting Michael Brantley back who was limited due to a shoulder injury last year, and still have one of the best relief pitchers, Andrew Miller. One of the most powerful things the Indians have is a great manager. Terry Francona knows how to put his team in the best possible position.

It looks like Cleveland is taking the #ALCentral this year, an no other team is finishing .500. From @Shaun_TSP:https://t.co/hCrfWjP1yl

The Kansas City Royals are a very young team that could have a lot of potential. But, the tragic loss of starting pitcher Yordano Ventura in the off-season was a major set back. They traded closer Wade Davis to the Cubs for Jorge Soler and added Jason Hammel in hopes that he would be a good replacement for Ventura.

Yet, the Royals have a group of guys, Eric Hosmer, Lorenzo Cain, Mike Moustakas and Alcides Escobar, who will become free agents after the season. So, this may be the last year with a similar squad for the Royals because they won’t be able to sign all those guys back.

The Detroit Tigers look like they will have a similar team to last year. Last year, they had a pretty average year and will need to play better if they want to make the playoffs this year. The Tigers have one of the best pitchers in the MLB in Justin Verlander and he will need to perform at his highest all season.

They also have Miguel Cabrera, but both Caberera and Verlander are getting old. The Tigers do have 2016 Rookie of the Year Michael Fulmer to help out Verlander on the mound. They will need to give it all they have this season to make the playoffs and it starts with their veterans.

The most positive thing for the Minnesota Twins is that they really can’t get any worse. The team only won 59 games last year and will look to improve this year. The Twins brightness comes from players like Bryan Buxton, Brian Dozier, and Miguel Sano. If these players step up along with 2009 MVP Joe Mauer, who needs to player better than he did last season, the Twins won’t be too bad.

Although the White Sox went a little under .500 last season, they went all out this off-season and went into a rebuilding stage. This stage that they went into will put the White Sox in a pretty bad position this year. They got rid of pitcher Chris Sale and outfielder Adam Eaton. They do still have some good hitters in Jose Abreu and Todd Frazier, but they are in a rebuilding mind.

Previous Can 2017 Be a Bounce Back Year For Tampa Bay Rays?
Next MLB AL West Preview