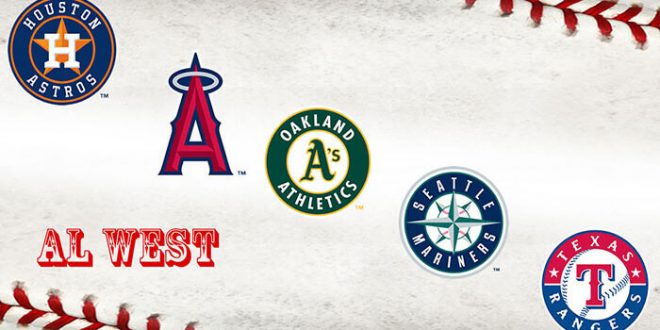 Batter up baseball fans! Spring Training just ended but it looks like the AL West already shook up rankings from last season. With Opening Day on Sunday, check out how the league can line up this season.

Welcome back Carlos Beltran, doubles in his first appearance back as an Astro in MMP. #Astros

In 2016, the Houston Astros failed to make the playoffs, but beefing up the 2017 roster should fix that. Houston spared no costs for this season. The Astros signed a $16 million deal with baseball veteran, Carlos Beltran. They also shelled out $52 million for a four-year deal with outfielder Josh Reddick. Trading for powerful backstop Brian McCann rounds out the new and improved roster.

Not much has changed with the Mariners. Last year, they were a good team. This year, projection is in their favor again. However, lack of new members could play out to be an advantage or a disadvantage.

Last year, the Rangers topped the AL West with 95 wins. But this year, marks are slightly lower. The three best pitchers on the team are all problematic. A.J Griffin and Andrew Cashner are recovering from injuries. Healthy Martin Perez had the lowest strikeout percentage last year. However, the other positions are playing well enough to notch a third slot for the Rangers.

Garrett Richards flirted with TJ surgery last year and shoemaker suffered a skull fracture. One of them will be the opening day starter. Wow

The Los Angeles Angels are currently atop the Cactus League leader-board for Spring Training. But, as everyone knows, Spring Training does not matter much. The truth is, there are two pitching contenders. One skirted Tommy John surgery and the other fractured his skull. Injured pitchers are not typically the key to success.

Like the Mariners, the Athletics are not expected to shift much. Sean Manaea is a promising pitcher. However, he has little to no offensive back-up. Pitchers are the arguable stars of any team, but no pitcher can play the game alone. Maybe next year, the Athletics will revert to their “Moneyball” era. But for 2017, Oakland may have to struggle through another season.

What’s Next for the AL West?

The first AL West team in the regular season is the Texas Rangers. They will play the Cleveland Indians Monday at 7:05. Mariners-Astros and Angels-Athletics match-ups follow the Rangers game at 8:10 and 10:05, respectively.