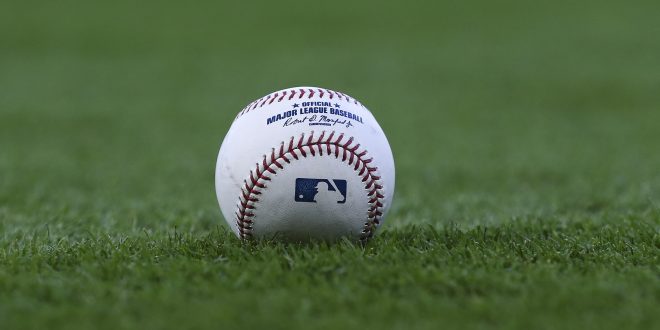 As the school year is beginning to wind down, college baseball is just getting going. On March 21, the Stetson Hatters took an upsetting loss to the Gators in extra innings by only one run and a final score of 9-8. Tonight, the Hatters have their second shot at redemption. Since the last time the Hatters met with the Gators, Stetson’s coach Steve Trimper continued to work on building their young team; However, with 16 freshmen on the team, there is a lot of work left to create something great.

During Sportscene with Steve Russell on 98.1 FM and 850 AM ESPN Gainesville, Steve Trimber said how his team has grown. In just this week alone, the Hatters will not be playing easy teams, but these challenging games continue to benefit the Hatter baseball program said Trimber.

The Hatters are not a big power-hitting team, but throughout the season they have gotten better at being a more offensive team by keeping their strikeouts down, and moving their men around the bases in any way possible. Not only has their offense been in improving, but their defense stands strong. Stetson Freshman Pitcher Ryan Stark advances his pitching game by knowing how to work both sides of the plate, hitting the spots, and not walking many guys said Trimber.

Towards the end of the Gator versus Stetson game back in March, Stark began to get tired which hurt the Hatters. Recently when playing Tulane, Stark came back overworked again, so he has been playing fewer innings lately. Upon next year, Trimber is confident that this will not be a problem after he gains his “man strength” coming back into sophomore year.

Some other highlighted players include outfielder Andrew Mcneil, who is a freshman that graduated from Bucholz High School. Mcneil is an excellent runner and runs the 60-yard dash in 6.5 seconds, an impressive number for all college baseball players said Trimber. McNeil is one of five starting freshmen for the Hatters, and Trimber said that once he fixes a few minor things he’s only going to get better.

When Hatter Baseball took on Gator Baseball in March, the Hatters hit about 20 balls. Since then, their hitting numbers per game have gone up. It started off as a few of the players taking more hits than they usually do and it soon it became a chain reaction said Trimber. More importantly, the team realized which balls were worth taking the risk to hit.

On the defensive side, Trimber recently switched freshman Jorge Arenas over to shortstop in replacement of senior Colton Lightner. Trimber hopes that this will help keep more balls in the infield to better prepare them for tonight’s Gator game.